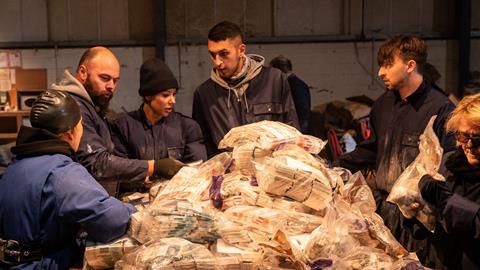 Indies have warned that they may have to scale back production teams at a time of squeezed budgets when controversial IR35 tax laws are updated.

Pact deputy chief executive Max Rumney said there is a “real risk” that producers will be forced to reduce the number of freelancers engaged on programmes as they are required to pay out more in National Insurance (NI) contributions and other employee benefits.

“The timing of this is terrible. Every indie will tell you that there is only a certain amount of cloth to cut – and budgets aren’t going up,” said Rumney. “Indies might end up with many crew members who are effectively less tax efficient, and that is a worry.”

The IR35 rollout, due to be confirmed in chancellor Rishi Sunak’s budget this week, changes the way freelancers are contracted. It will come into effect on 6 April.

Larger indies will have to clarify the employment status of every freelancer they engage, and many will have to either be brought onto the company’s books or be given an ‘intermediary’ tax status for which their employer will have to pay out NI contributions of 13.8%.

“Mental health issues regarding people in the TV sector are at crisis point and this will add an emotional strain”
Bella Lambourne, Endemol Shine UK HR & operations director

The measures are an attempt to crack down on freelancers working for the same firm for years without making any contributions to HMRC.

The update has already resulted in high-profile presenters including Eamonn Holmes and Christa Ackroyd being ordered to pay six-figure sums in back-dated taxes.

Endemol Shine UK HR and operations director Bella Lambourne said the change could have a detrimental impact on freelancers’ mental health and wellbeing.

“Mental health issues regarding people in the TV sector are at crisis point and this will add an emotional strain,” she said.

The vulnerabilities attached to the working culture were identified as a key factor by Film & TV Charity research last month, which found that more than half of TV industry employees and freelancers have considered suicide.

Lambourne has been preparing for the changes over the past 12 months and said it has been an “extremely time-consuming” process. Production accountants and managers have had to be trained and Lambourne estimates the change will add an hour to the “life-cycle” of every freelancer contract.

An ITV Studios spokeswoman said a dedicated team is in place to manage the changes and its HR department has run a number of training sessions.

“We will also be communicating directly with anyone ITV contracts through a personal service company to ensure they are aware of the changes and how ITV is dealing with them,” she added.

In December, HMRC issued guidance that several roles, including writers and directors, will remain freelance. That same guidance clarifies that individuals engaged by an indie for less than seven days will still be categorised as freelance.

Pact worked with other industry bodies to successfully lobby HMRC to alter the rules to ensure they only apply to larger companies that satisfy two of the following criteria: revenues of £10.2m or more, 50 employees or more, or a balance sheet of £5.2m. However, IR35 will apply to smaller labels that are owned by qualifying companies.

As a result, the changes will affect just 10% of Pact’s member base, according to Rumney, who said there is “a lot of confusion” regarding which companies will be affected.

The BBC felt the IR35 bite in 2017 when the changes were rolled out to the public sector and Rumney said his members could learn from the corporation’s mistakes.

“One regrettable thing about the way in which the BBC handled the situation was that they made it appear that crew and talent were being ‘imposed’ on them,” he added. “That is not the case and is something we want to avoid.”

He said there are “plenty of examples of members who have wrongly been put on PAYE” since the legislation was introduced in the public sector.