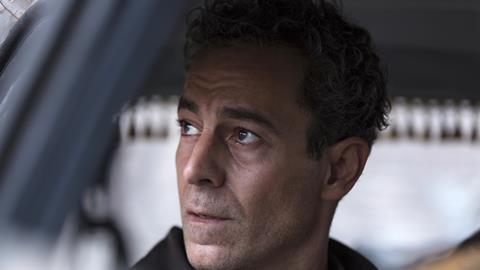 “Given the high-end production values, we can see this series working in prime-time slots”

Despite its crime-thriller status, creator and writer Stephen Butchard says “the human spirit” and “family” are at the heart of his forthcoming drama Baghdad Central.

Playwright and screenwriter Butchard had cut his teeth writing drama set in war-torn Iraq with his 2008 four-part BBC and HBO co-production House Of Saddam, which charts the rise and fall of notorious Iraqi leader Saddam Hussein.

Set in American-occupied Iraq in 2003 after the fall of Saddam’s regime, Baghdad Central tells the story of Iraqi ex-policeman Muhsin al-Khafaji (played by Altered Carbon star Waleed Zuaiter in his first TV lead), who embarks on a mission to find his estranged eldest daughter, Sawsan, after discovering she has gone missing.

“Khafaji has been looking after his younger daughter and keeping his head low, but this changes when Sawsan disappears,” says Butchard.

Reclaiming his identity as a detective to solve a murder for the coalition forces, Khafaji covertly pursues his own dangerous agenda.

While the adaptation primarily focuses on the book’s lead characters, Butchard was tasked with weaving a longer narrative and has added characters and other elements to develop the series over six episodes.

“This is such an important story and set during an important time,” says Butchard. “The attraction of Baghdad Central is you see events play out from the point of view of ordinary people, not politicians or the army. We all come from families, and you see the fortitude of ordinary people at the time. As a writer, you need to care about the character and the events.”

The series’ originality was one of the major draws for Butchard. “It feels fresh and I haven’t seen anything like this on TV before,” he explains.

“Baghdad Central is a thrilling crime story but at the core is the relationship between a man and his daughters. I expect it to have international appeal because it is about the strength of humanity and having the courage to keep going.”

Besides Carvel and Zuaiter, there are star turns from Leem Lubany (Condor) and July Namir (Homeland; Collateral) as daughters Sawsan and Mrouj.

Fremantle director of international scripted acquisitions Rebecca Dundon says the thriller is a “binge-worthy” series that will appeal to “a number of international broadcasters and platforms” and is suitable for a global audience.

“Given the nature of the project, the high-end production values and stellar cast, we can see this series working for multiple platforms in prime-time slots,” she adds.

“We will be targeting premium pay-TV, free-TV and VoD partners, and are looking for the best broadcasters to represent the series internationally.”