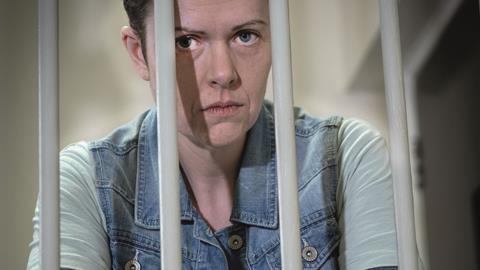 Last year, Channel 5 unveiled plans to invest the money it has saved by axing Big Brother on a slate of original programming.

One of those shows is Clink, a 10-part drama set in a women’s prison, BPS Bridewell. Penned by several writers, it is targeted at the sought-after young-adult audience and will premiere later this year on the broadcaster’s 5 Star channel.

The show is produced by LA Productions, best known for Jimmy McGovern dramas from Moving On to the Sean Bean-starring Broken.

The partnership, says KMD president of distribution Greg Phillips, “has given us the chance to work with C5” and to boost its supply line of programming for the international market.

It has also enabled Kew to get involved in a drama that he describes as “very fresh and visceral”. He bills Clink as gritty, British, contemporary, well-researched, respectful and based on strong characters and storylines.

Clink focuses on the friendships of the women in the jail. In charge is a new governor, who battles not just the board who appointed her, but the inmates she’s protecting.

Furthermore, she has another agenda involving an inmate who’s oblivious to her attentions. Phillips say there is a precedent of international success for prison dramas like Clink, citing hit shows such as Netflix’s Orange Is The New Black, and he expects “fairly comprehensive take-up”.

KMD will be armed with material from the show at Mip TV. “We’re very happy with what we have seen so far – we think it will have a resonance around the world,” he says.

Clink is one of several recent dramas C5 has commissioned, and which the broadcaster has sought to make at a lower price point. It has meant that suppliers have had to produce them in innovative and sensible ways, says Phillips.

Producer LA has created a serialised show that can be watched episode by episode or binge-watched, he adds. Consequently, Phillips believes it will appeal to a broad range of buyers, from free-to-air through to pay-TV and SVoD players.

The drama does not shy away from difficult subjects, he says. “Each episode gives you something to think about,” he adds. “But there is also a lightness of touch about it, and some humour in there.”