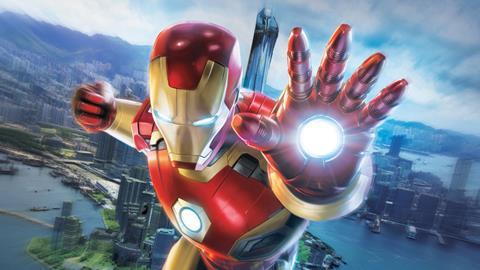 Represents the first credible threat to its rivals’ position at the top of the SVoD tree, says Broadcast Intelligence’s analyst team

Disney+’s array of premium brands, including Marvel, Nat Geo, Pixar and Star Wars, will enable it to deliver a powerful marketing message to give consumers a clear understanding of what the $6.99 SVoD package contains.

This is in stark contrast to Netflix, which has a broad content catalogue but lacks heritage brands comparable to Captain America, Iron Man and Toy Story.

These are assets which are exploited across a range of products and platforms including theme parks, music and merchandise, as well as theatrical – avenues Netflix does not yet fully explore.

Disney’s marketing spend outpunches its rival too. The business invested almost $3bn in marketing in 2018, a figure expected to rise to just under $5bn as a result of its acquisition of the bulk of Fox. All relevant activity is now likely to include Disney+ branding.

That sum dwarfs the $1bn spent by Netflix last year, although the pureplay’s investment doubled in comparison to its 2016 spend.

While Disney+ will house less content than Netflix in the US (4,000 hours vs 10,000 hours) the former plans to invest $1bn in original content specifically for the service in 2020 (compared to Netflix’s $3.5bn), rising to around $2.5bn by 2024. This difference will be less pronounced internationally.

Much of the spend will be pumped into Disney+ series for its flagship IP and in the first year, more than 25 series and 10 movies will launch on Disney+, bolstering a catalogue of more than 500 library film titles and 7,500 series episodes.

Disney will undercut Netflix when it comes to cost, charging $6.99 per month (compared to $8.99 for Netflix’s entry price point) and $69.99 for a yearly subscription, in an attempt to position it as a great value proposition.

The aggressive price is designed to quickly build audiences for the first couple of years, with Disney’s ambition to turn a profit by end of 2024 suggesting increases are likely, probably from year two.

Its estimate of accruing 60m-90m subscribers in just under five years seem conservative, given its ambitious plan to launch across North America, Western Europe and APAC in year one, followed by in LatAm and Eastern Europe in 2021.

In response, Netflix must more seriously consider the message that it presents to consumers and focus on defining itself more clearly.

Currently its library holds an eclectic mix of content, which appeals to a wide array of consumers, but it will struggle when faced with Disney’s crystal-clear proposition.

Expect Netflix to segregate its programming into more distinct verticals.

Despite the competition, the two services can co-exist.

The Disney brands’ razor-sharp focus means it is unlikely to shoe-horn in a broad range of genres, which will be a silver lining for Netflix as it continues to feature a diverse offering.

This leaves Disney holding a smaller number of key shows, while Netflix caters for a wider demand, aggregating a high number of shows with smaller audiences.