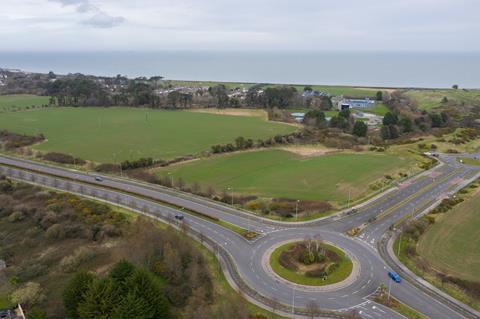 American investors Hackman Capital Partners and partner Square Mile Capital Management have backed the complex which will become the largest studio complex in Ireland, doubling its high-end film and television capacity when it opens in 2024.

The group, which acquired Ireland’s Ardmore Studios and Troy Studios in August 2021, will make the investment in two-phases under a joint venture with Ireland’s sovereign development fund the Ireland Strategic Investment Fund (ISIF) and Capwell, a Sisk family investment vehicle.

The state-of-the-art campus will be built in the coastal town of Greystones, 15 miles south of Dublin and will comprise of over 670,000 square feet of studio space across 44 acres, including 14 state-of-the-art sound stages. The first 7 sound stages and associated office, workshop and backlot spaces will be delivered in mid-2024.

Ireland’s minister for finance Paschal Donohoe welcomed the investment into Ireland’s audio-visual industry, which is currently worth over £800m to the Irish economy.

“This joint venture by the Ireland Strategic Investment Fund and its business partners will enhance Ireland’s ability to capitalise on the high demand for content by promoting our country as a location for both foreign and domestic producers,” he said.

“On the back of what has been a record-breaking year for spend on TV and film production in Ireland, this level of investment will serve to enhance Ireland’s reputation as a location for high quality production.”

The development will create an additional 1,500 new jobs once it is operational, and an additional 450 during its construction phase.

Hackman Capital Partners founder and chief exec Michael Hackman said: “We see Ireland as a premier destination for content creators across the globe, and we’re committed to seeing it grow exponentially. There is enormous talent here, not to mention a stunning landscape and some of the industry’s best financial incentives for filmmakers.”