3
Hot Picks: Heirs Of The Night 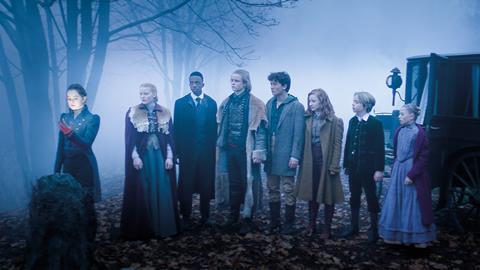 Hot Picks: Heirs Of The Night

‘There is very little to compare it to. This is a major pan-European, live-action series shot in English and filmed and financed across Europe’

‘Harry Potter with fangs’ is a good place to start when describing what director of ZDFE Junior Katharina Pietzsch calls an “epic vampire saga.”

Set in 1889, Heirs Of The Night centres on a school for vampires where students from different clans must unite to defeat Dracula, an ancient evil to which 14-year-old Alisa – played by British newcomer Anastasia Martin – has a special, unexplained connection.

Based on the book series Die Erben Der Nacht by Ulrike Schweikert, this period live-action drama was made on a €12m (£8.9m) budget, with Dutch production company Lemming Film leading the co-production. Shooting took place in Norway, Latvia and Croatia.

“There is very little to compare it to,” says Pietzsch. “This is a major pan-European, live-action series shot in English and filmed and financed across Europe. It has incredible production values and took a long time to pull together, but it has been worth the wait.”

With a cast of various ages, a strong female lead and a story built around fantasy and adventure, the drama is aimed at boys and girls aged 10-plus, although Pietzsch acknowledges that the scarier elements of the series place the core demographic at age 12-14.

The first two series were filmed back-to-back by director Diederik Van Rooijen, the Dutch film-maker who is perhaps best known for horror thriller The Possession Of Hannah Grace, which is evident in the darker shades of this tween series.

The first 13 episodes will be finished by the end of the year, while the second series will be ready by spring 2020.

Despite its supernatural setting, Pietzsch says the series will appeal to young viewers as it features children struggling with everyday problems such as first crushes and rivalries that the audience could face in their own lives.

“Yes, they’re vampires, but this is a coming-of-age story with universal themes,” she adds.

Heirs Of The Night will receive its world premiere at Mip Junior, with a further screening on the beach during Mipcom, as Pietzsch anticipates the drama will appeal to buyers seeking teen and family fare with co-viewing potential.

Four episodes will be available to view and ZDF Enterprises has all sales rights, excluding Scandinavia, France and the Netherlands. NRK in Norway will be the first to air the series this autumn.