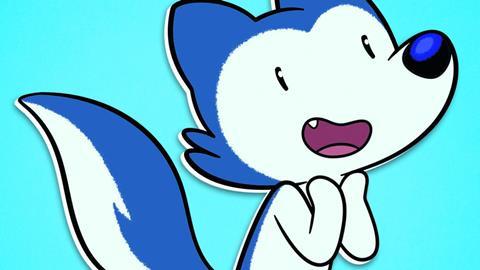 What if the big bad wolf wanted to be the good guy? This is the simple idea that has taken Lupin’s Tales from the drawing board at Paris-based animation house Xilam to this year’s Mip Junior in Cannes.

“This will be our second ever series for pre-schoolers,” says Morgann Favennec, executive vice-president of global sales development at distributor Xilam. “It will be pure comedy, which proved popular with our first pre-school series, Paprika.”

The show, which was originally introduced to the market as Tiny Bad Wolf, centres on a young wolf who dreams of being like his storybook heroes. Kids in upper preschool are the target audience.

Each instalment of the 78-episode series will follow Lupin as he literally journeys into a different storybook, travelling through medieval European stories to Greek and Nordic myths and into ancient tales across Asia.

Favennec says the show will have a “strong, distinct look”, which will include showing the pages of the book turning as Lupin advances through the story.

The series, which goes into full production this month, has already been pre-sold to France Televisions, Italy’s Rai and Flemish broadcaster VRT.

“The fact that Lupin will travel from one continent to another – not just focusing on Europe or North America – should help attract broadcasters from around the world,” says Favennec.

The series was co-created by Laura Muller (Mr Magoo; Zig & Sharko) and Nicolas Le Nevé (Oggy And The Cockroaches).

“We liked the idea of the wolf who doesn’t want to be bad and dresses up to go on adventures,” says Favennec. “I don’t know any child that doesn’t want to dress up and act like a hero but Lupin also messes things up and has to listen to those with more experience.”

Xilam will be showing buyers at Mip Junior the first episode, with more to follow by the end of the year. The full series is set to be delivered in autumn 2020.