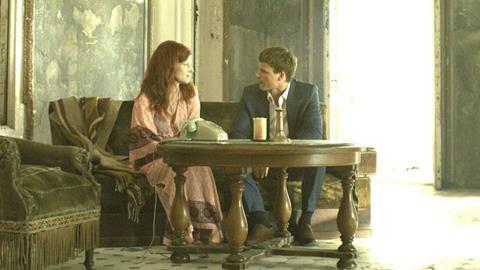 “This delivers Russia like you’ve never seen it before. It goes right under the skin of a city in flux”

French distributor StudioCanal is launching 8 x 60-minute thriller Moscow Noir at Mipcom. The series, set in Russia, is based on the trilogy by Swedish authors Camilla Grebe and Paul Leander-Engström, which was inspired by true events.

It is unique in that it takes a long, hard look at the world of Russian oligarchs and their private armies at the turn of the 21st century.

However, StudioCanal managing director Françoise Guyonnet says Moscow Noir provides something completely new: “This delivers Russia like you’ve never seen it before. It is a genuinely thrilling drama that turns around a deep and revealing dive into the murky world of oligarchs and politicians.

“We all think we know something about Moscow, but Moscow Noir goes right under the skin of a city in flux that is being run by a select few who will go to extraordinary lengths to seize and then retain power, control and money. Plus, it’s based on a true story.”

Producer Piodor Gustafsson of Black Spark Film & TV takes up the story: “Moscow Noir was predominantly shot in Lithuania, with a few scenes in Sweden, Russia and Finland.

“We chose Mikael Håfström to direct as we wanted a seasoned and experienced director who had the talent to create a suspense-driven drama series with all the tension and nuanced anticipation that such a project involves. We are delighted with what he has brought to the screen.”

Gustafsson points to the work of writers Grebe and Leander-Engström as a key element for the story’s development. He says the pair authored “an amazing, bestselling trilogy that really exposes what was happening in Moscow in the late 1990s”, adding: “They read and made comments on our scripts and Paul was able to advise on fi nancial and Russian matters.”

Produced by Black Spark and filmed in English, Swedish and Russian, the commissioning broadcasters for Moscow Noir are Stockholm-based pay-TV group TV4/C More, which has been pushing into original content, and NC+ in Poland.