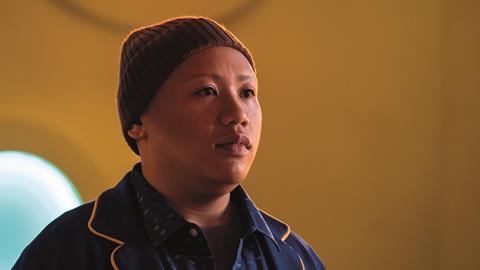 This young adult-oriented comedy drama starring Jacob Batalon (Spider-Man: No Way Home) aims to tap into the popularity of the vampire genre, overlaying a contemporary critique on body image.

Based on the series of novels by Johnny Truant, Reginald The Vampire is the story of the eponymous hero who crashes headlong into a world populated by beautiful, athletic and vain vampires. In his undead life, he has to get to grips with the girl he loves but can’t be with, a bullying manager at work and the vampire chieftain who wants him dead. However, Reginald discovers he has powers of his own.

“This hits the young-adult market with a recognisable genre while working to subvert it,” says Cineflix Rights head of scripted James Durie. “It’s hard to label it as a dramedy since it veers from comedy to horror to drama to romance back to comedy, sometimes all in the same scene.”

Alongside its irreverent narrative, the series offers social critique about societal attitudes to body image, as well socio-political references, including the use of flashbacks of a vampire’s past life, in which one prominent character is a member of the Black Panthers in the 1970s.

“A key part of the story is that when someone becomes a vampire, they always stay in that body,” says Durie. “The script, as in the novel, is a way of reassessing beauty standards and body shaming.”

Batalon is hot property, fresh off playing Spider-Man’s sidekick, Ned, in several Marvel films, and this is his first lead role on a major network TV show.

“Jacob has a desire to make this character his own. It’s a character people can relate to and follow through the series,” says Durie.

“This is a passion project from Harley and Jeremiah – they are wedded to it. Syfy has a track record of managing [shows with] multiple seasons and has strong IP in these novels for further seasons.”

Truant’s Fat Vampire series was first published in 2012 and consists of six books: Tastes Like Chicken, All You Can Eat, Harder Better Fatter Stronger, Fatpocalypse, and Survival Of The Fattest. The series led to a three-book offshoot, The Vampire Maurice. Reginald The Vampire is the first TV adaptation of any of Truant’s books.

Following Reginald The Vampire’s premiere on Syfy, there’s a secondary window on US streamer Hulu. Cineflix Rights holds international distribution rights for the series outside of North America and Australia, with SVoD and linear broadcasters firmly on its radar.