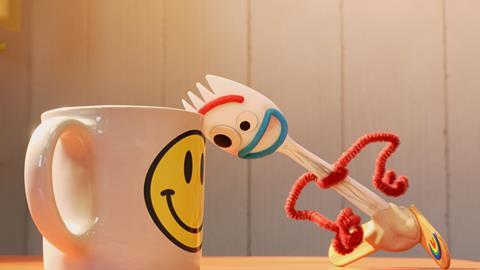 The success of Disney+ is set to make Disney’s streaming division the company’s second biggest revenue stream by the end of this year, according to a new analysis from Broadcast Intelligence (BI).

While the media giant is likely to see a fall in revenues and profits in 2020, due principally to knock-on effects of the coronavirus pandemic, its direct-to-consumer division will deliver an improved performance.

According to BI’s latest insight report, Disney D2C & International is estimated to make $21.7bn (£17.4bn) in 2020 in internal revenues, behind only Disney’s media networks business ($27.8bn), which includes its US broadcast and cable channels.

BI predicts that Disney+, which added 17 million subscriptions in April to pass the 50 million mark worldwide, is on course to add close to 40 million further subscribers by the end of 2020, to take it to the 89 million mark.

Disney’s streaming growth has also been seen in US-based SVoD service Hulu, which Disney majority-owns after taking Fox’s stake in the operation as part of the game-changing acquisition of 21st Century Fox’s entertainment assets in 2018.

BI expects The Handmaid’s Tale streamer to garner 10 million subscribers in 2020 – driven by increased SVoD traffic due to coronavirus lockdown – to reach 37 million by the end of the year. The predicted additions will see the year-on-year growth of around 60% from 2018-19.

Should Disney hit BI’s projects for Disney+ and Hulu, they will have a combined 126 million subs. By comparison, market leader Netflix currently reported nearly 183 million in its Q1 financials.

While challenges remain for Disney, mainly in terms of content pipeline during lockdown of production, Disney+ is able to draw upon its animation resources. This means series can still be created, as films and back-catalogue are deployed to the service.

“Unlike Netflix, the service has also set a precedent for deploying core content a week at a time, meaning that it has more tools to deal with churn that its big red competitor,” said BI lead analyst Jonathan Broughton.

“The Covid-19 crisis is perversely beneficial to the rollout of new streaming services, as well as potentially accelerating the growth of existing digital properties, including Hulu.

“If the future of the company resides in streaming, the Covid crisis may have even accelerated the group’s transition and Disney could move towards its long-term strategy slightly faster as a result.”