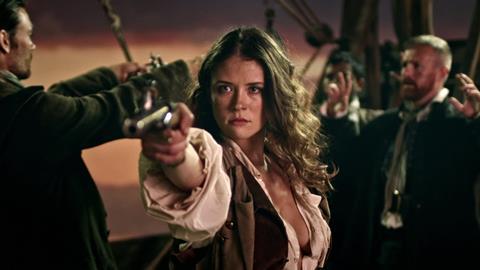 ‘The topic of pirates has always attracted interest and attention worldwide’

Outlaws, murder and mayhem take centre stage in World Media Rights’ biographical history series The Lost Pirate Kingdom, which explores the real-life story of the infamous pirates of the Caribbean.

The series tells a continuous story over six episodes by combining factual storytelling with high-quality drama scenes to illustrate the exploits of the pirates who struck terror into the world’s most powerful empires.

Featuring pirate legends such as Blackbeard, Henry Jennings, Benjamin Hornigold, Charles Vane and Anne Bonny, The Lost Pirate Kingdom details how these British privateers turned to piracy after the war with Spain in the 18th century, taking treasure from the Spanish and eventually setting up the world’s first fully democratic republic in the Bahamas. Besides this, they liberated slaves and gave them full voting rights.

These Robin Hoods of the sea are brought to life with hyperdynamic animation, a CGI technique that World Media Rights (WMR) founder and chief executive Alan Griffiths says is unique to the producer. Using the technology, WMR was able to recreate the pirate republic of Nassau as it was in 1715, using 4K back projection in front of live action, ensuring everything appears real.

“Major film companies have used this technique before, but we are the first ones to make it affordable,” says Griffiths, carving out a unique aesthetic for The Lost Pirate Kingdom in a sea of competition.

This pioneering technique earned the series a win at the Broadcast Tech awards for Best VFX Project. WMR’s series was the only documentary in a drama-heavy shortlist.

ZDF Studios tends to focus on one-off documentaries, so the six-part series is a rare addition to its catalogue. The dramatic re-enactment aspect of The Lost Pirate Kingdom provides a foil to ZDF’s usual unscripted slate, which includes titles such as Terra X, the long-running doc series covering themes such as nature, history and science.

With a focus on selling to channels with “a strong visual focus and an emphasis on history”, ZDF hopes The Lost Pirate Kingdom will be a success across all seven seas, with no specific target territories.

“The topic of pirates has always attracted interest and attention worldwide,” notes Griffiths. “There are many myths that surround the subject, which makes it mysterious and attractive to audiences.”

WMR is also behind World War II In HD Colour, a production that uses colourisation technology to enhance the storytelling and make the history more vibrant. Netflix boarded both series as originals, with the SVoD also taking WMR’s WWII colourised doc follow-up The Road To Victory. All three series are distributed by ZDF Studios internationally.

“We make things that will sell in 250 territories,” says Griffiths. “It’s big canvas, it’s a big idea and it’s global.”

The Lost Pirate Kingdom is already close to securing a number of licensing contracts, with multiple European bidders in the mix, according to ZDF.