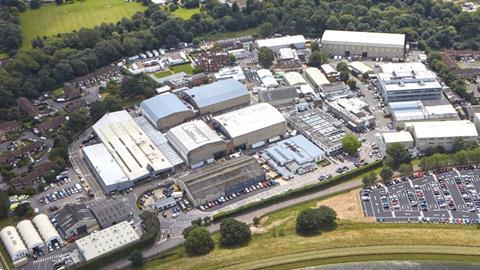 US studios back Shepperton

Shepperton Studios has won backing for its planned expansion from some of the biggest names in US TV and film production, including Netflix, Walt Disney Studios, Lucasfilm and Marvel Studios.

Shepperton submitted a planning application this summer to Spelthorne Borough Council that would more than double its size as part of a £500m investment by its owner, Pinewood Group.

Contained within Shepperton’s application are a raft of endorsements from the US studios and streaming services, which say they haven’t been able to shoot as many films and big-budget TV shows as they would like in the UK because of a lack of available studio space.

“Without an expansion of Shepperton Studios, some of our films will have to be produced elsewhere in the world,” said Philip Steuer, executive vice-president of Walt Disney Studios Motion Picture Production.

“It is important to us to remain in the UK, so we welcome the plans to build new sound stages at Shepperton to increase the studio capacity and accommodate large-budget films.”

Netflix, which is set to spend $8bn (£6bn) on content worldwide in 2018, said it would make ‘great use of new facilities’ at Shepperton for its original productions in the UK.

“We would like to be able to produce more in the UK, and at Shepperton in particular. However, we are limited by the lack of avail able space. Increasing the number of sound stages to meet current and projected demand will undoubtedly bring additional investment from our industry to the UK.”

Research by PwC for Shepperton’s application estimated the scale of films potentially lost to the UK market through lack of studio space at around £2.8bn or £950m a year during 2015-17.

That is equivalent to around eight blockbuster film productions, taking advantage of some 87,300 sq m of studio stage space. The Shepperton scheme would provide 43,200 sq m of new stage space – around half of the additional floorspace required.

Marvel Studios noted that there have been instances when Shepperton has run out of space to support its productions, and said that it “wholly and fully supports” the studio’s expansion plans.

“Over the course of the past several years, we have based and produced multiple films in international locations (including the US and Australia) outside of London, which, had there been space in London, might have been produced there. It has been our experience, including recently, that there is a severe shortage of working studio space in London.”

Marvel has produced films including Avengers: Age of Ultron in the UK.

Lucasfilm, which has filmed a number of Star Wars spin-offs in the UK in recent years, commented: “We are regular users of Pinewood Studios’ facilities and fully support the need to increase the size of their Shepperton facility, particularly the need for extra sound stage space and studio capacity.”

Shepperton argued in its application – titled The Case for Space – that demand for studio space from high-end TV and film is outstripping supply in the UK, particularly around London: “Shepperton is an essential component of providing sufficient studio space in the UK to capture inward investment. It can begin to enhance the UK’s studio provision (and therefore its competitiveness globally) in the short term with an on-site start in 2019 and completion of new space from 2021/2 onwards.”

It said the expansion would create more than 800 temporary construction jobs, 2,000-plus permanent new jobs directly and indirectly, and create an annual productivity boost of more than £141m to the UK economy.

Shepperton pitched itself as part of a west London cluster of studios that is in high demand among producers of films with budgets above £100m, alongside Pinewood Studios, Warner Bros Leavesden Studios, Longcross, Elstree and Arborfield.

It also argued that its expansion would help the UK fend off competition from international production clusters and hubs in Los Angeles, Atlanta, Australia, Vancouver, Louisiana, Germany and Hungary.

Shepperton said its expansion would help a stated government ambition to double film and high-end TV inward investment to the UK from £2bn in 2017 to £4bn by 2025.

Recent large productions that have filmed at Shepperton include Beauty And The Beast, Mary Poppins Returns, Mamma Mia! Here We Go Again and Christopher Robin.

The proposed extension to the studio site is on green belt land.