Invitation to a Royal Wedding; My Year with the Tribe; The Woman in White

“It all looked fantastic, and the various interviewees who had been allowed onto the guest lists gave good quote” 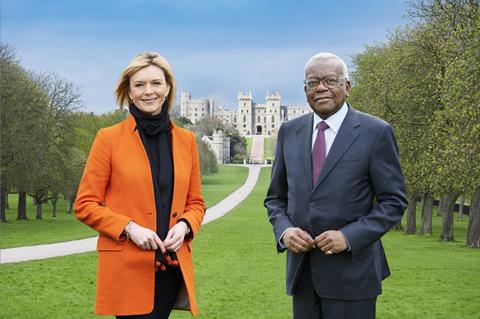 Invitation to a Royal Wedding, ITV

“It all looked fantastic, and the various interviewees who had been allowed onto the guest lists gave good quote. But it was undoubtedly more for those on the ‘hallowed institution and tourism boost’ side of the fence, rather than the ‘drain on the taxpayer’ faction.”
Jeff Robson, The i

“Invitation to a Royal Wedding opened the floodgates for a deluge of royal programming over for the next three weeks, which – given that most of what will happen is, as yet, top secret – promises to be highly imaginative in its jolly, bunting-draped, flag-waving appeal.”
Gerard O’Donovan, The Telegraph

“An oblique reference to Diana’s eating disorder didn’t strike quite the right note. But it got worse, as Sir Trevor scrabbled for ways to fill the hour … and included footage from the ill-starred wedding of Princess Margaret and that odd Armstrong-Jones chap. By now, many viewers must have had their hands over their eyes, muttering: ‘Do belt up, Trevor.’ Luckily, Julie Etchingham was on hand to steer the show on to safer, if duller, ground.”
Christopher Stevens, Daily Mail

“Meghan and Harry’s cake will be a lemon and elderflower one made in Hackney by a Californian called Claire. Hang on, is that something – pretty much the only thing in this sugary nonsense of a documentary – that is actually known about this wedding, rather than speculation or something about a previous wedding?”
Sam Wollaston, The Guardian

My Year with the Tribe, BBC2

“It’s hard to imagine many people beating My Year with the Tribe for insight, intrigue and, frankly, entertainment value. We don’t often get to see a furious local threatening to kill our BBC presenter with a bow and arrow because he won’t give him £1,200 for a boat.”
Carol Midgley, The Times

“My Year with the Tribe – an excellent short series from Will Millard and Keo Films – came to a close last night in more ways than one. Will and his team were essentially shaken down for every last bit of cash before they were permitted to leave. It seemed a sad, bitter end to Millard’s adventures among the Korowai and perhaps to the Korowai themselves.”
Matt Baylis, Daily Express

The Woman in White, BBC1

“The Woman in White started as rather tepid porridge, but now the pan is warming nicely. I can’t say I was getting the supposed hot chemistry between Laura and Walter but sinister Sir Percival Glyde’s contempt for Laura, his new young bride, is pleasingly dark.”
Carol Midgley, The Times

“This verbose serial, full of literary flourishes and stilted speeches, is too mannered to be really gripping. Unlike great Victorian contemporaries such as Trollope and Thackeray, novelist Wilkie Collins did not create human characters we can still believe in. But the cast are going full throttle: Charles Dance as the fey, selfish Frederick, and Jessie Buckley as the man-hating Marian, are especially fun.”
Christopher Stevens, Daily Mail