Chris Wood, CTO of media technology consultancy Spicy Mango lays out the commercial and technical trends he believes could matter the most in 2019. 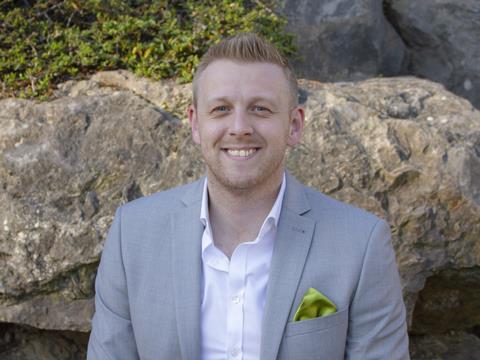 It’s been a rollercoaster year for broadcast. With Brexit showering uncertainty over the industry and several big acquisitions underway, there’s bound to be some big changes underfoot in 2019, says Spicy Mango CTO Chris Wood (pictured above).

The new Disney OTT service is set for launch in 2019 and with a colossal back catalogue of Marvel, Pixar, Lucasfilm, Disney and eventually 21st Century Fox, there is a battle on the horizon which will send shockwaves through Amazon and Netflix. With the two most prominent streaming services losing a significant selection of films to Disney, every comic book geek and parent is inevitably going to cancel those subscriptions and make the move to Disney.

Further pressure will come from Time Warner as they also plan to launch their service in late 2019 – it’ll be a bumper time for consumers although fragmentation is not likely to be a good for content owners in the longer term as subscribers will not continue with all services as the cost and complexity will just be too high.

UK broadcasters will come together and pile more pressure on Amazon and Netflix. With the CEO of Ofcom, Sharon White, calling for the UK’s major broadcasters to unite and create a fully integrated platform, this can only add further stresses on Netflix and Amazon in the UK. Ofcom has promised support for this notion but all we can do for now is watch this space.

It’s a multi-billion dollar question – who could acquire Netflix? The rumours currently surround Apple or Microsoft but would either actually benefit from spending so much money? At the moment, the markets and shareholders are prepared to give Netflix more time to get out of the red, but if those subscriber growth numbers start to tail off, they may find themselves under more pressure.

Unsurprisingly, Brexit is going to have a huge impact on UK broadcasters, unless there’s a second referendum and the UK ends up staying.

It’s going to be a dominant theme for at least the next two years and UK-based broadcasters will have to apply for broadcast licenses elsewhere in Europe. But, in the short term, there is unlikely to be a mass exodus. In the long term, there will probably remain a mutual recognition between the UK and EU of broadcast licences in some form, providing the industry can up its lobbying ability. For the moment, however, the industry is steeped in uncertainty.

Glacial growth for AR and VR

Augmented and Virtual reality has been gaining momentum for a few years now. These technologies haven’t quite burnt out as 3D TVs did, but it’s not something we can see making mainstream for some time. The nature of AR and VR means we can expect these technologies to be led by the gaming industry as users prefer to be immersed in their favourite video games as opposed to Strictly Come Dancing.

We can expect to see more 5G rollouts in London in 2019. Limited trials, expensive rollouts and limited handsets for the foreseeable future mean that this in another technical innovation that is looking for a critical problem to solve. Although it’s a little way off from becoming a significant platform that replaces 4G, we can expect to see it driving 4K tablets. At the minute, 4K is more of a marketing gimmick than of real viewing use, particularly if content isn’t being filmed in 4K.

2018 was the year of edge-to-edge screens, but foldable (or pull-out) screens are imminent. In 2019, Samsung or Huawei are most likely to bring a first generation device to market, but will they challenge the dominance of current flagship smartphones such as the iPhone or Samsung’s own S9/S10 models? Like tablets, they will take their time to work out their purpose in the technology ecosystem but companies need to present them as more than media consumption devices to justify the hefty price tags.

Amazon has already started to develop an AI tool in the form of Amazon Rekognition, which identifies people, places and objects to enrich metadata. Algorithms that provide better, more targeted recommendations will become more refined and therefore offer a better user experience. BBC Four took on an experiment which saw them attempt to create a programme using AI. It wasn’t a huge success in terms of providing a watchable TV show, but it does highlight how AI can start to develop in broadcast beyond recommendation features. Machine learning now forms the backbone of many semi-automated subtitling systems and as these algorithms get better they will also get faster, allowing for near real-time subtitling with even less human intervention.

One thing is for certain, 2019 is going to be a year of big changes for broadcast and service providers must prepare themselves for some turbulence.