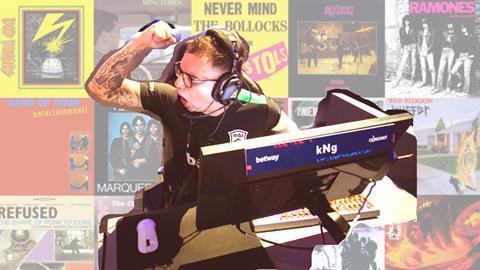 In the 1970s punk music offered a new home to young people looking for an alternative to the established norms; it represented a rebellion against a mainstream culture that its followers saw as conservative, traditional and saccharine.

I think you can see many similarities between punk and esports. If you look back now and describe the characteristics of punk and its attitudes, there are some clear parallels with what’s happening in esports today:

Minor Threat or Bad Brains come to mind, and now they’re legends of punk history. I think they can easily be compared to Rocket League or Hearthstone in terms of their place in the overall scene.

Overwatch League may be on TV, but the stuff that Rocket League and Hearthstone do will be really transformative and inform a new generation of games in years to come.

It’s for this reason and many others besides, that esports exists on the fringes of traditional media. It’s on the boundary between sports and games, between TV and streaming and between very traditional and cutting-edge production methods.

In truth, we want it this way! It’s what makes esports an exciting and different place to work and play. Esports staunchly refuses to be dragged into the traditional norms of sports broadcasting, and rightly so. The audiences that flock to Twitch streams in their millions just don’t want what linear TV has to offer.

We don’t just want more hardware in our control rooms. We’re not interested in bigger boxes that only offer more of the same production methods we’ve had since the beginning. We want to do something extremely cool and new.

We care about engagement, community and a direct connection to the game we love and the players and teams we follow. TV can’t provide this. The web has radically changed the expectations of audiences, and traditional platforms have been unable or unwilling to adapt. New platforms like Youtube and Twitch have succeeded because they can provide what we want in a way that not only increases engagement, it also makes content infinitely more accessible.

Behind the scenes, shows are being built in the same way that we’ve been doing live TV and sports for years, but with a few significant differences. In addition to all of the vital elements of a show – getting camera shots of players, conducting interviews, prepping packages and analysing matches – we have data.

Storytelling in esports relies on clever use of in-game data, far more so than with traditional sports. Our job is to present this data in smart and engaging ways to audiences on the end of a stream, or in the arena watching live.

Not only does this make us busier than if we were working on a traditional sports production, we’re generally doing it all on a shoestring budget compared with the teams at ESPN, beIn Sports or Sky do when they are producing the NBA, ECL or EPL.

The cool part in all of this is the ‘how’. The ‘how’ happens thanks to really smart people being driven to find solutions. Necessity really is the mother of invention. It has brought seasoned production pros and gamers with no production experience together to design and implement amazing technical solutions and create dynamic and engaging productions. That said, life isn’t always smooth sailing, and the #productionvalue hashtag has become a recurring meme at events and on streams, where fans love to joke about mistakes and glitches they spot. It’s part of that punk rock attitude; things don’t always go well, and that weirdly makes us love it even more. We know it’s the passion that’s driving this industry into the future, and the fans are just as committed to helping as the technicians in the control room.

Deep down, though, all of us straddling the gap between games and TV want to see things improve. We want productions to be better organised, so that we can do more and provide the fans with a better experience.

Esports and streaming in general goes way beyond broadcast. The industry may have been established for many years now, but it still doesn’t feel like it has evolved into its final form. Some IP owners control the whole chain end-to-end, like the Formula One Group in motor racing, and some leagues run independently. It isn’t clear which model will come to the fore over time; perhaps neither will.

What we do know is that fans are crying out for more events, more engagement and a greater sense of community. The beauty is that esports absolutely wants to deliver. It’s exciting to imagine a future where fans have a customised viewing experience, whether that’s on their phones or in an arena or in a separate venue watching the show through a wearable Augmented Reality device. Some of the R&D going on right now is incredibly exciting and is pushing the boundaries of what constitutes an audience experience. In the UK, the government is offering a grant to technology companies as part of the ‘Audience of the Future’ programme. Within this project sits something really exciting for esports, called WEAVR.

WEAVR can be seen as a ‘Belief Engine’, enabling connection between games rights holders and the individual fans that love the game. The potential here goes as far as creating entirely targeted and customised viewing experiences for every single fan.

Using live and historic data, WEAVR can facilitate meaningful and personalised mixed-reality experiences for fans in venue and at home.

WEAVR is just one example of what’s going in the industry right now. Technology companies have an incredible opportunity to leverage AI, cloud, SaaS and other exciting developments and new business practices to create the kind of viewing experience we’ve never seen before.

As a company that operates both in broadcast and beyond it, it is our responsibility to create solutions that work for the largest productions in a more traditional way, but also to provide intelligent solutions that allow smaller producers to do more with less. Our aim is therefore to democratise high-end production and empower production crews at all levels to make great shows, both in the venue and on the stream.

Some people call esports a weird trend or say it’s amateurish. We disagree. We just call it entertainment.

Ross Esports Solutions - Productions in a league of their own

Ross is pioneering the development of unique esports oriented production solutions. For esports arena events, the Unified Venue Control System and the Observer Room Solution bring the entire production for both the venue and the broadcast into a single, centralised workflow.

With the Observer Room Solution, an observer director can control the entire in-game coverage, including graphics and replays, with an easy-to-use, custom DashBoard control panel. The director can also overlay real-time stats and information pulled directly from the game API using XPression DataLinq.

The pre-cut signal from the observer room is sent to the production control room where everything gets composited into a unified production. From there, control room staff drive low-latency video and real-time, data-driven 3D graphics to every LED screen in the venue as well as to the broadcast. 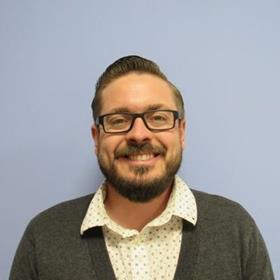