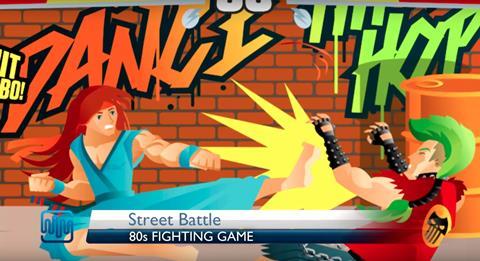 An audio library has launched to provide audio clips of mocked up movies, TV shows and games, for use in feature films and TV dramas when characters are looking at screens.

The library - Sound on Screen – provides the clips to license as regular production music, with clips available in a variety of mixes and stems.

Guy Rowland, creator of Sound on Screen believe the library is a “genuine first.”

It says having to mock up your own audio clips with convincing music, sound effects and dialogue for imagined films, TV and games can be “hugely time consuming”.

Also, going down the route of acquiring original rights for content for your characters’ screens is “usually tortuous and prohibitively expensive.”

In comparison, licensing its content is as simple as regular production music, and is available through the PRS/MCPS. The content is also available internationally at the same rates as the UK.

TV sound designer and composer Guy Rowland, who created the library, said: “I was dubbing a comedy show one day, taking forever to add all the elements in a video game that a character was playing in the background. With one eye on the clock as usual, I found myself wondering why no-one had ever made a proper library of this stuff, all ready to go. A year later, and in collaboration with other accomplished composers, actors and writers from around the world, Sound on Screen is the result. Sound on Screen will continue to grow over the coming months and years as it becomes the natural home for putting the sound on to your character’s screen.”

Julie Hill, Media Script Checks, which specialises in clearing content for film and television, adds: “We are often asked to clear footage or audio for scenes where a character is watching TV, channel hopping, listening to the radio or playing computer games. This can prove expensive or very difficult and protracted to clear due to the rights involved and when time is of the essence or due to budgetary constraints, simply not an option. Sound on Screen offers a fantastic range of audio and licensing for film and TV. It’s fast, straightforward and the same as for regular production music.”