Breaking down the barrier to live broadcast 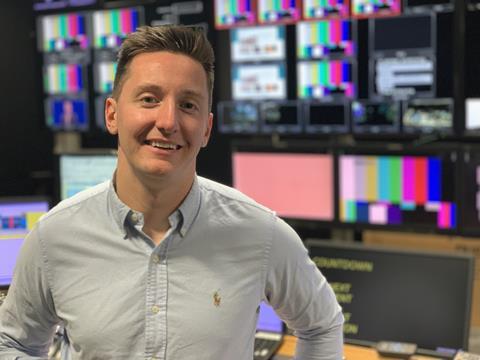 Live TV production has always had high start up and running costs – building a studio, investing in engineering infrastructure, broadcast quality equipment and staffing. Traditionally this has been reserved for the world’s major broadcasters. As time has evolved and budgets have tightened, broadcasters have heavily invested in automation to reduce operating expenses.

Many of these broadcasters are now looking to virtualise equipment for increased resource power, flexibility and further cost saving. We have already seen several post-production facilities adopt this workflow to build render farms for special effects.

But what if the same theory can be applied to live broadcast? The obvious first step would be to virtualise all graphics machines. This is something where a little latency has minimal impact on the programme. Initially, this could mean moving existing machines to an off-site location to free up physical space. However, this feels a halfway solution as machines and software become outdated, so the capital and maintenance costs still remain.

What if the solution was that no one ever bought a graphics machine again? The manufacturers or, better yet, a middle ground ‘render farm’ could have a facility where all the graphics machines physically live. Broadcasters then lease the machines based on their production requirements.

As an example, if you produce several one hour news bulletins across a day, rather than the machines sitting unused for several hours, broadcasters could lease the number of machines they want, for the time they need. The beauty of this is the scalability.

But while graphics feels easy to change today, things like vision mixing over the cloud still feels a little further away. This is purely due to the latency. When you are working on a live interview and want to change camera, you want this instantly, not with a few seconds latency. As network capacity and distribution continues to improve, I only see this becoming the norm.

In the short term, I think the rise of e-sports coverage will mean these smaller independent companies will look to these kind of innovative solutions to keep costs low but deliver high-end product. Whereas, major broadcasters all have large quantities of legacy equipment that’s still currently in use, so will be slower to make the move.

However, I foresee them moving to a hybrid solution and scaling up on special productions. For now, it is cost effective for a 24-hour channel to at least own some machines, but as the cost of cloud services continues to come down, there will be less and less need to invest in hardware in the future.