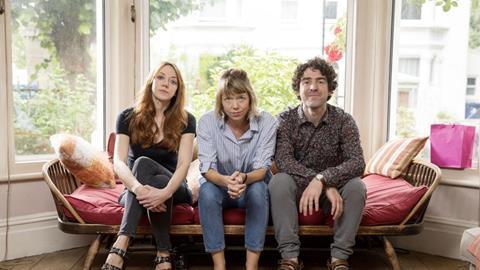 Brief To create a drama-style grade for the BBC2 comedy series.

How it was done The production team wanted to steer away from the typical comedy look for 6 x 30-minute series Motherland. The series, written by Sharon Horgan, Holly Walsh and Graham and Helen Linehan, follows a well-received pilot episode, screened by BBC2 last year. The client wanted the series to be given a look typically associated with a drama production, so Halo colourist Ross Baker reduced the primary reds and blues and graded for a natural feel. He also used Digital Vision Nucoda Sapphire plug-ins to add dappled light and sun flares. Meanwhile, online editor Rob Grainger used Flame to do beauty and compositing effects work, completing it within a limited time-frame.