Disney signs long term lease for most of Pinewood Studios

Deal includes all stages except for a number of TV studios 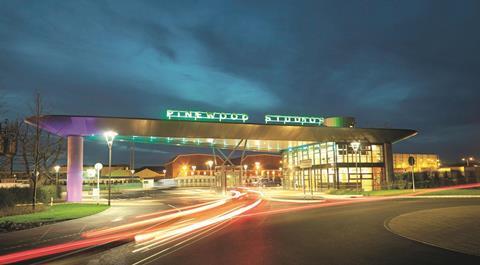 The Walt Disney Company has struck a long term deal to take most of the space at Pinewood Studios.

Pinewood said the agreement will see Disney take all the stages, backlots and other production accommodation at the studios in Buckinghamshire.

A number of TV studios are reportedly not included in the deal.

Chairman of Pinewood Group Paul Golding said: “It’s wonderful to have Disney here at Pinewood. They’ve been making great films with us for many years and the fact they want to shoot so many more here is testimony not only to the quality of the teams and infrastructure at Pinewood, but also to the British film industry as a whole.”

Disney is already a major user of the facilities, working at the studios on films such as The Rise of Skywalker, the latest of the Star Wars saga due for release in December, and the remake of Dumbo, directed by Tim Burton.

The Disney deal comes just two months after Netflix announced a similar arrangement to set up a production hub at the U.K.’s Shepperton Studios, which is also owned by the Pinewood Group.

The deals come amid pressure on studio space in the UK, with many film and drama producers struggling to secure stages because of a boom in scripted production.