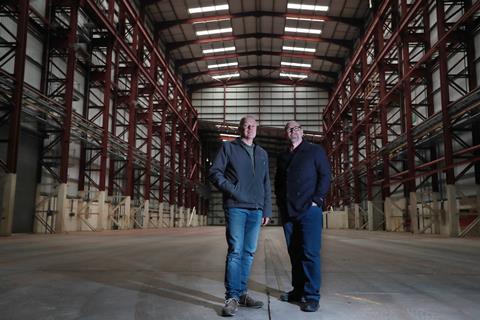 The studio complex – which will now be named First Stage Studios – was first revealed in December 2018, and has since hosted Marvel’s Avengers: Infinity War.

The company won an open tender process to operate the studio business. It will now progress the development of sound stages and production offices at the complex, while managing, operating and promoting the facility to UK and International customers.

Screen Scotland has agreed to invest £1m towards the initial set up, refurbishment and running costs of the studio, with the money coming from its infrastructure budget. Private sector investment is planned as the studio develops.

The First Stage Studios complex is an 8.6acre site with plans for five sound stages of between 50ft and 100ft in height. The plot has 27,000 sq ft of flexible production and office space; and backlot provision allowing for significant production set-builds and ample crew, tech and unit base parking.

The studio aims to become “an internationally competitive production facility” and enable Scotland to “take advantage of the global boom in high-end TV and film production.”

Fiona Hyslop, cabinet secretary for economy, fair work and culture, said: “This announcement represents a great step forward in Scotland’s ambition to drive growth across all aspects of the film and TV sector.

“Having a studio of this scale will provide a home in Scotland for film and high-end TV productions, generate significant revenue for Scotland’s wider economy and support sustainable careers across the film and TV industry from writers, producers and directors to those working in craft and technical areas.”

Screen Scotland’s executive director Isabel Davis added: “The studio is key in expanding film and TV production in Scotland. Scotland is internationally renowned for its world-class talent, crews, facilities and breath-taking locations – this facility means we can raise the visibility of Scotland on screen, anchor more film and high-end television productions in Scotland and capitalise on the global boom in the industry.”

Iain Smith, producer and chair of the British Film Commission said: “I am delighted by today’s news of this appointment of a Scottish company to run this major studio facility in the heart of Edinburgh. It will bring massive benefits not only to the local screen sector, but also to the wider economy further bolstering the UK studio offer. The UK’s screen industries are enjoying exceptional growth and it is crucial that Scotland continues to play its part in this by continuing to develop a world-class infrastructure, invest in skills development and provide as much studio space as will enable Scotland to compete more effectively for this valuable inward investment business.”

Meanwhile, Stuart Wallace, chief operating officer, Forth Ports added: “This is great news for Scotland’s film industry and for Scottish film buffs. Our ‘blue shed’ has proved popular with the creative industry in the past with Marvel’s Avengers: Infinity War using Leith as a studio space for their film production. We look forward to working with First Stage Studios and we wish them every success with this.”