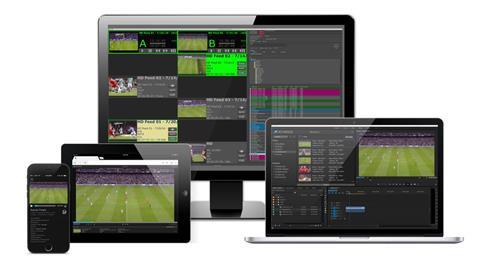 Cyber security, IP, VR and 4K will all be well represented on the show floor of this year’s conference and exhibition in Amsterdam, with several manufacturers giving a European debut to their latest products. Michael Burns picks out his highlights

The European stop on the major broadcast trade show route, IBC, is nearly upon us. This year, the conference section of the show has a special focus on sport and the interrelated themes of 5G and cyber security, while 4K/UHD, IP, VR and HDR are all well represented.

All are also reflected on the show floor of the exhibition, which takes place 14-19 September at the RAI Amsterdam Conference Centre, with plenty of new releases to attract the crowds.

In the IBC Future Zone, BBC Research & Development (8.G10) is extending its IP Studio technology into the cloud. It enables multiple users to produce their own live multi-camera shoot on demand using commodity tools and the internet, while the cloud takes care of content storage and high-quality rendering. 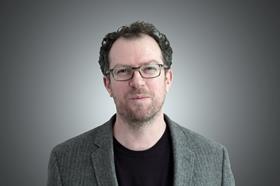 This year, we’re looking at new ways of working, so technology surrounding post-production virtualisation, which will allow further improvements in remote working. HDR technology will also be on the shopping list, specifi cally monitors.

WHAT’S LIKELY TO BE A TALKING POINT AT IBC?

There seem to be two sides when it comes to manufacturers: some try to sustain high kit costs, while others do the opposite. This is often a talking point. I think the biggest thing in broadcasting is the use of IP-based technology in bringing down the costs of production, specifically remote production workflows.

The days of big announcements at IBC are long gone. It’s more about product updates and NAB promises coming to market.

IP-based broadcast products will certainly take centre stage at IBC, but we’re hoping that a few innovations will be announced.

On the Edgeware (14.F15) stand, the integration of ContentArmor’s bitstream-based forensic watermarking solution into Edgeware’s content delivery network (CDN) technology will be demonstrated for the first time. Every IPTV and

OTT stream can have a different code embedded without any extra processing, resulting in each viewer having their own identifiable version of the content.

EVS (8.B90) is launching X.ONE, an all-in-one toolbox that enables single-operator use in small- to mid-sized live productions. It sports a contextualised user interface that adapts to the type of production it is being used for.

X.ONE allows for the ingest of six camera feeds – as well as the media import of any other files – which operators use to create replays, control audio, cut together a live feed with the built-in video switcher and add graphics to live programming, which is output in broadcast-standard quality.

ChyronHego (7.D11) is introducing version 7.3 of its sports tool Paint, with enhanced 3D visualisation capabilities and support for 4K. Also new is version 7.0 of Virtual Placement, with a new mode for adding virtual graphics at the downlink point or in the headquarters studio.

Another OB truck is featured on the Megahertz (12.F20) stand, one of more than 25 environmentally friendly vehicles the systems integration firm has delivered to a major broadcaster.

The EnGo Vehicle Mount Kit with integrated signal booster will be shown at IBC for the first time by Dejero (12.B42). The kit converts the Dejero EnGo into a rack-mounted encoder, giving news crews maximum mobility. 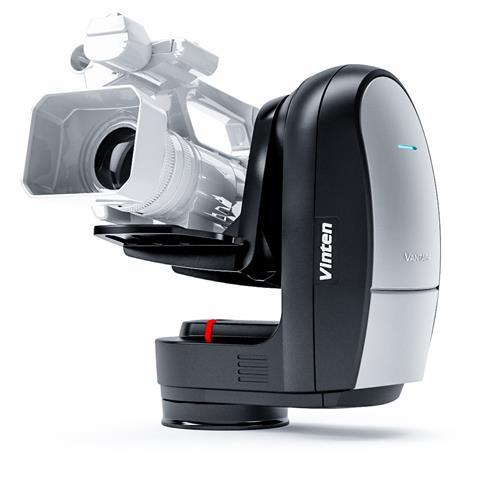 Meanwhile, Ross Video (9.C10) and The Future Group have collaborated on Frontier, a hyper-realistic rendering toolkit. Frontier uses the Unreal gaming engine from Epic Games as the render engine to create high-realism scenery and foreground objects in virtual sets and VR/AR.

Expect a lot of interest around the Panasonic stand (11.C45), where the AU-EVA1 5.7K handheld cinema camera is being showcased before it ships this autumn. 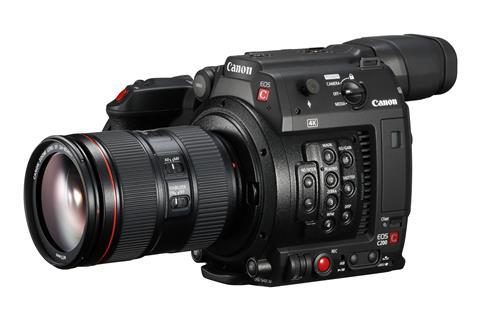 Camera supports available on The Vitec Group stand (12.E65) include the Sachtler Ace XL Fluid Head, which delivers an additional 2kg of maximum payload capacity compared with the original Ace. 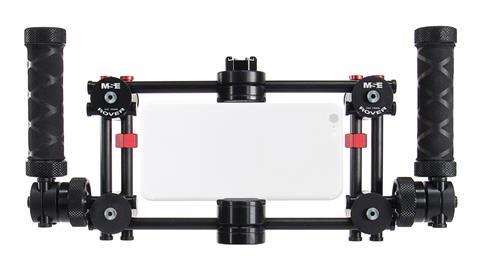 Atomos (11.D15) has updates to its Sumo production monitor/recorders, including the Sumo19, which offers AtomHDR and combines a 19-inch 1,200 nit high-brightness panel with 4K 12-bit raw or 10-bit 422 ProRes recording.

Camera monitor/recorders on show from Transvideo (12.F30) include the touchscreen 5-inch HD OLED StarliteHD-e monitor, with the facility to record lens metadata.

Also new, the Stargate 7-inch monitor/recorder is equipped with joystick navigation and direct-access buttons, enabling quick accessibility to specific features and menus, as well as an immediate display of the camera output.

AJA (7.F11) is showcasing its new FS-HDR universal converter/frame synchroniser for real-time HDR processing and conversion, among several other solutions for editing and colour correcting, monitoring, playing back and analysing HDR content.

New from Sonnet Technologies (7.F07) is a Thunderbolt 3 to Dual DisplayPort Adapter. The bus-powered device enables users to connect up to two 4K UHD Display-Port (DP) monitors, or one 5K DP monitor, to a single Thunderbolt 3 port on their computer. It also supports monitors with lower resolutions and offers built-in audio support.

Imagine Products (5.C05) is giving a European debut to its PrimeTranscoder, which enables users to convert multiple fi les to different formats at the same time.

Cloud support for Project Parking makes it straightforward to move complete Avid projects, together with all the bins, sequences and media fi les, to any other location worldwide.

The monitors offer Hybrid Log Gamma 3D LUTs and the colour gamut is expected to be REC2020. JVC is also showing its DT-G series of HD monitors, featuring four models from 17- to 27-inch with 8-bit panels and 12-bit colour processing. 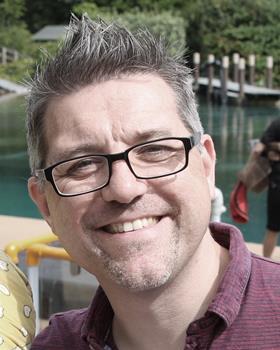 We’re keen to see any new releases at the acquisition end of 360 video. We are also looking for more options for grips and camera movement in 360°. We are hoping to see a range of head-mounted displays at various price points, with a view to showing our fantastic Nokia OZO VR content in the best possible way.

We’d also like to see more communal VR experiences, such as the projection domes utilised by companies such as Canon at NAB.

WHAT’S LIKELY TO CAUSE A STIR?

Sony’s proposed launch of XDCAM AIR. We will be sprinting to the Sony stand to see what the fuss is about.

We’ve tested the Canon C200 and are really impressed by its capabilities. We’ve also tested the Canon EOS C700 and feel this could be the way forward as an ‘A’ camera for our corporate and events customers. We’re really excited about trying out the Canon CN70-200mm zoom lens too.

ZOO Digital (5.B48) is debuting its cloud-based ZOOdubs platform. ZOOdubs acts as an online dubbing studio, from script localisation and adaptation to casting, auditioning, recording and editing.

Quantum (7.B27) will be giving the first European showing of a series of updates for its StorNext 6 platform.

Primestream (7.D21) is demonstrating the next generation of its Dynamic Media Management platform for sports, enterprise and broadcast workflows.

The new Multiscreen Launch Platform (MLP) on the WISI stand (5.B50), for internet video services, can process up to 12 HD or 24 SD sources, and playout HTTP Live Streaming (HLS) streams to up to 500 subscribers simultaneously. 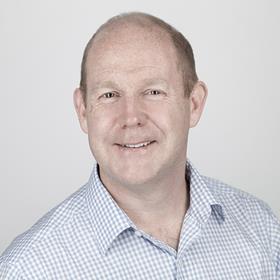 I will be looking at IP technology and virtualisation. Both of these technologies will offer significant benefits straight away, and cost savings in the medium to long term.

The post-production of both UHD and UHD HDR content will also be an area of interest as we need to develop less niche workflows to manage, edit and grade this type of content.

WHAT’S LIKELY TO BE A TALKING POINT?

Hacking and malware attacks have got everyone thinking about the security of their content, and how they interact with clients and vendors. A lot of broadcast equipment is not designed with security in mind.

The security of your facility can be compromised by extended IP networks, and robust solutions need to be found.

Globecast (1.A29) is launching its integrated platform, to enable customers to clip, edit and publish high-quality content instantly across multiple outlets. Customers can create video-on- demand files from live streams and syndicate to multiple online services and across social media and the Globecast XN Online portal.

ChyronHego (7.D11) will introduce new capabilities for its VPX Virtual Production Server, which offers content creation and playout workflows in a virtualised, IT-based environment. Features include an optional multi-channel SDI bridge for integration with traditional, hybrid and IT-based infrastructures.

Ericsson (1.D61) is launching a new SDR to HDR conversion toolset that enables broadcasters to deliver an HDR live TV service. Introduced during encoding in the head end, it uses inverse tone mapping (ITM), which rebalances the chroma and luma of the SDR content, so it can be shown back-to-back with HDR content.