Craig Wilson, product evangelist at Avid, on how you can reduce the costs of TV production while reducing the carbon impact it has on the planet

When you binge-watched your favourite TV show, you probably didn’t think about how environmentally conscious the production was. And Co2 metrics are probably the last thing on your mind when you see James Bond going 100mph in his Aston Martin.

However, the impact of our industry on the planet is coming more into focus and initiatives are now in place to help bring down the carbon footprint of our work. This is something which has been pioneered in the UK over the last decade, through the work of Albert.

Initially part of the BBC, but now part of BAFTA, Albert is an environmental organisation aiming to encourage the TV and film production industry to reduce waste and its carbon footprint.

According to an annual report from Albert, in 2019, one hour of television production contributed the equivalent of 9.2 metric tons of Co2 emissions. When you think about how long a production can last, those are scary numbers. However, according to the latest Albert report, 2020 saw a 52% reduction going from 9.2 to 4.4 metric tons. While that’s an impressive jump, the reduction in 2020 was mainly a result of the pandemic, as there was less travel, accommodation, and freight transport emissions. So, while we’re on the right track, we could be doing better to reduce our carbon footprint. How do we do that?

How productions can address their carbon footprint

Before productions can tackle the practical steps to reduce their carbon footprint, they need to be able to calculate their carbon emissions. Albert has developed a carbon foot printing tool to help productions do just that. The measuring tool considers aspects like how many hotel rooms are needed or how many air miles will be used. It then generates a carbon action plan that provides steps productions can take to reduce emissions, as well as a sustainability certification once all actions are completed.

Moving to remote productions is another great way to address your carbon footprint, as it provides the flexibility to work from anywhere and reduces the need for extensive travel and resources. Not long ago, remote productions were more like experiments than actual implementations. The idea of it was baffling given how expensive and complex it was to set up, and not to mention how limiting the technology was at the time. Due to the global pandemic forcing our hand, we now see these types of setups everywhere.

The influence the industry can have on the audience

To quote Albert’s annual report, “the creative industries offer the greatest opportunity to mobilise positive action for the planet.” Our industry is at the forefront of communicating this message to audiences worldwide thanks to 24-hour news stations, streaming platforms and films being released at a rapid pace. That’s a lot of content being watched by a lot of people.

Outside of physical actions to reduce emissions, Albert is also helping creatives in the industry to incorporate sustainability messaging directly into their productions. With its tool The Planet Test, users take a short quiz which makes suggestions on what content they can add into their production to help influence the transition to a sustainable society. Sustainability isn’t just for productions specifically focused on the planet or climate change; it applies to any project from shows about cooking to soap operas. Our industry wields a lot of influence, so there’s an opportunity for productions to include storylines related to the climate or even just include a character who recycles regularly. We won’t make a difference unless we change our behaviours, and one of the first steps to achieving that is to spark a conversation and take action.

News organisations tend to have higher carbon footprints due to their high volume of programming, albeit at a fixed location compared to TV or film productions. It really becomes an issue when travel is required to report on a breaking news story. To offset this, newsrooms could implement travel policies to reduce the number of employees required to travel and hire local crews when on location. Switching to renewable energy suppliers and electric vehicles are also great ways to decrease emissions.

One company that’s driving change and has been ahead of the curve when it comes to sustainability is Sky Sports. Sky is incredibly progressive and were one of the first media companies to go carbon neutral. They were also the first broadcaster to set a strategy to be net zero carbon by 2030. They accomplished this by first addressing their use of plastics by switching to water coolers and reusable cups. The next step was to switch from diesel to a biofuel generator to power traditional broadcasts, which not only saved money but also helped to vastly reduce Sky’s overall carbon footprint. To ensure sustainability efforts company-wide, Sky elected representatives across all departments to help encourage employees to continually think of ways to improve upon Sky’s green efforts. If more news organisations could approach climate change from this perspective, we’d have a better chance at solving the issue before it’s too late.

Our industry is immense, and change takes time, but taking small steps towards sustainability can really make a difference in the long run. We already have the voice and the podium with which to do so, but we now have to go out and implement these changes. 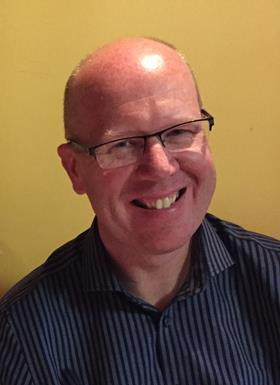