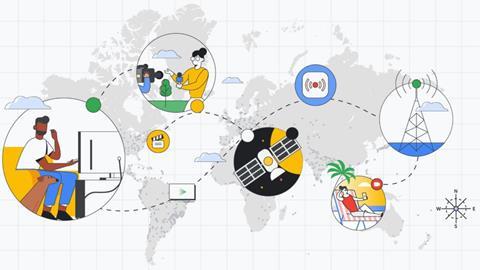 Media CDN builds on the existing Cloud CDN portfolio for web and API acceleration and complements it by enabling delivery of immersive media experiences - with the target customers being media and entertainmant companies.

Created using Google’s YouTube infrastructure, Media CDN has capacity and reach in over 200 countries and more than 1,300 cities around the globe. Getting closer to viewers aims to help with latency, enabling higher bitrates and reducing rebuffers.

It also has ad insertion, ecosystem integrations and platform extensibility, and AI/ML analytics for interactive experiences.

For ad insertion, streaming providers can use integrated ad serving via the Video Stitcher API, which allows  manipulation of video content to dynamically insert ads.

The AI/ML viewers more control and interaction, such as sports fans watching a game obtaining real-time stats and analytics, and viewers purchasing items from virtual billboards.

These services can be used for content hosted on Google Cloud, on-premises, or on a third-party cloud. Streaming services such as U-NEXT and Stan are already using the technology.