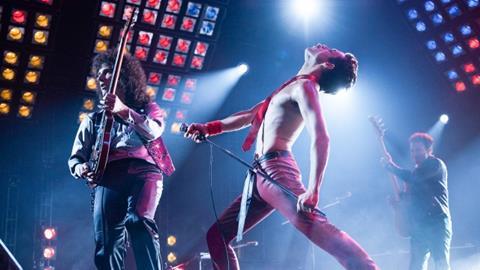 Freelancers left thousands of pounds out of pocket by company’s collapse, according to Bectu

VFX workers are owed thousands of pounds following the bankruptcy of Halo VFX, after working on films including Bohemian Rhapsody and TV shows such as Curfew and A Discovery Of Witches.

Bectu, the broadcasting union that also represents VFX freelancers, says it is handling cases totalling more than £53,000 owing to four of its members following the collapse of Halo VFX. Other companies are also owed money after Halo VFX filed for insolvency in December 2018.

Bectu assistant national secretary Paul Evans said: “This is a hugely profitable industry and the productions that our members worked on were successful. It’s not acceptable for VFX artists who have contributed to the success of multimillion-pound features to be the ones to carry risk and to go unpaid for their hard work and talent.”

Compositor David Singer is one of those owed money, after briefly working on YouTube show Origin and predominantly on Bohemian Rhapsody. Singer told Broadcast that he had not been paid for six weeks’ work.

Bectu said it is writing to union members to advise them against accepting work without guarantees of weekly pay.

Evans added: “Our industry is unsustainable if directors can, effectively, establish an arm of one company, trade unsuccessfully and then leave workers to carry the can.” 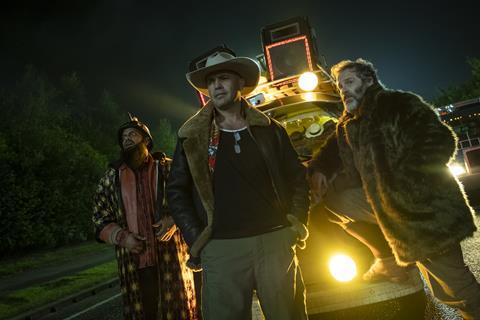 The firm shared the Halo name with award-winning Halo Post but was established as a separate company, according to Companies House records.

Drew, Rogerson and Jones are listed as directors of Halo VFX, while Taylor stepped down in August 2018.

A Halo VFX spokesman said the company is not an ‘arm’ of Halo Post, as suggested by Bectu: “Halo VFX was a start-up company in which two directors of Halo Post made personal investments.”

The spokesman added: “The directors of Halo VFX injected large sums of money to try and keep that company afloat but ultimately they were compelled to follow legal advice and put the company into administration. John Rogerson and Alan Jones have never taken so much as £1 from Halo VFX – and as investors, were left out of pocket to the tune of hundreds of thousands of pounds.”

The Halo VFX spokesman said the firm hit trouble when it moved to larger premises in 2018 to accommodate a large VFX contract.

“Shortly afterwards, the award was inexplicably transferred to a different VFX company, leaving Halo VFX with a big cash hole, a team in place and very little work,” said the spokesman.

“The directors tried hard to keep the company afloat, injecting large sums of money in the hope of winning a new significant award, but it soon became clear that a company of Halo’s size could not sustain itself in the current cut-throat VFX market.”

He added that Halo VFX’s directors had not profited from the business. “No director of Halo Visual Effects Limited other than Nick Drew ever took a salary and Mr Drew was only paid when all staff had been paid. No director claimed any expenses and no shareholder took a dividend at any point in the company’s existence,” he said.

“The directors and shareholders are not seeking sympathy, simply putting the record straight. No one set out to fail, the directors tried to make the business a success, but it simply couldn’t be done and when the end came, it came very quickly. No one was a winner in this sorry episode.”

The spokesman added that the VFX industry is “an extremely difficult sector where companies offer freelance positions to manage the massive inconsistency of work demand. However, it’s not just freelancers that lose out and bear the risk, it’s also the owners and investors in VFX companies.”

The VFX industry is notoriously tough, with tight margins, and there are many companies working in the sector. Studios and production companies will often play suppliers off against each other to drive down rates.

Bectu’s Evans said: “If the industry can’t come up with a way of protecting workers from this kind of catastrophe, we will have to invest in some publicity to warn people against working for any VFX or post-production company as a limited company, or in any status that doesn’t ensure that they have full employment rights.”

He added: “I’ve never had a situation where individual Bectu members have been hit this badly and it is not something we can just shrug off and move on from.”