The animation house behind Netflix’s The Liberator, has teamed up with Polish VFX house Juice to create Trioscope Europe 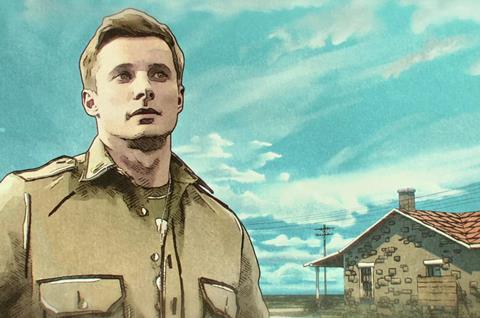 Trioscope specialises in a type of animation that combines live-action performances with computer animation. It explains: “Trioscope brings full emotional fidelity to human faces, character movement and action, while allowing film-makers to tackle powerful dramatic stories with sweeping scale in animation – all on a cost-effective budget.”

Trioscope is headquartered in LA and Atlanta and worked with Juice on The Liberator. It has now formalised that relationship through the creation of Trioscope Europe.

Michał Misiński, director and partner at Juice, will become CEO of the new company, which will produce original content and adapt third-party IP using its proprietary Trioscope animation technology.

L.C. Crowley, CEO of Trioscope Studios, said: “Juice has been a powerhouse of passionate artists and producers, and a leader in visual effects worldwide. The extraordinary Polish team was integral to our success with The Liberator, and as we continue to prioritise European and international production and co-production, Trioscope Europe is a key component in our strategic mission to rapidly expand the reach of our animated drama platform around the globe.”

Misiński added: “A key component of our mission is to leverage the amazing amount of talent hidden in eastern Europe and give them an opportunity to contribute to the creation of world-class content and provide an outlet for their creativity and innovative spirit. Creating Trioscope Europe is a dedicated gateway to ensure that goal is reached.”