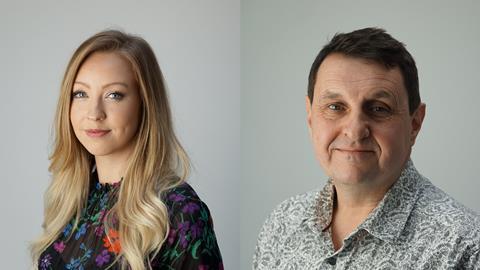 Post house Loco, the in-house facility for advertising group Loveurope, has taken on Tony Chamberlain as head of post production and Madeleine Evely as a producer.

Chamberlain was previously head of post production for Channel 4 and Red Bee media, and previously set up Locomotion Düsseldorf, loco’s former German base. Evely joins from Group IMD and the move to Loco “sees her returning to her roots in production, where she began her career producing TV commercials for leading retail and leisure industry brands,” says the company.

Loco creates content for advertising, film and broadcast. Its recent productions include campaigns for wagamama, Byron Hamburgers, and Oxfam Online.