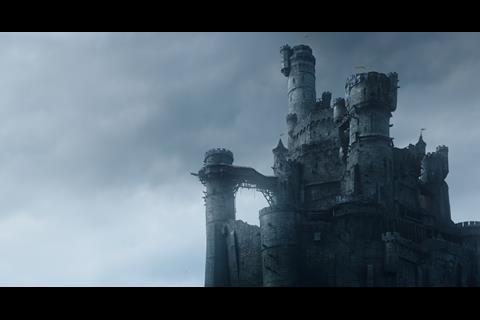 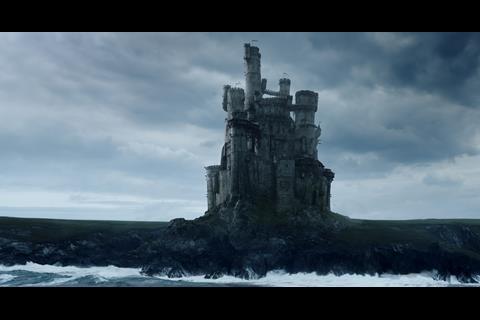 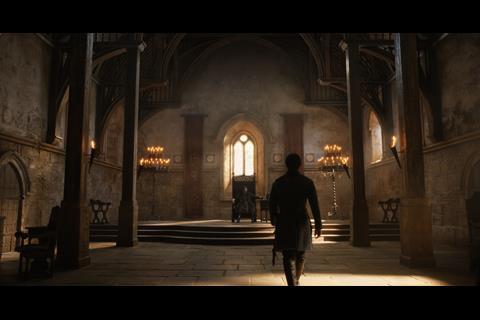 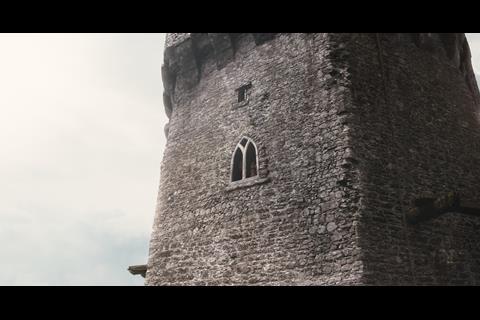 Specifically, Goodbye Kansas built the production’s Pendragon Castle, which features throughout the series.

VFX supervisor Ditch Doy said: “Pendragon Castle was designed with a Frank Miller-style graphic aesthetic, while much of the rest of the show was adding fantasy to the otherwise photo realistic look. We went through many iterations of Pendragon, which started off resembling a castle in Wales.

“As the process advanced, some of Miller’s ideas leant towards German expressionism, which made the design evolve in a weird direction that was really exciting, but architecturally impossible, with flying buttresses and crazy turrets at weird angles. The final design was just the wrong side of possible. You could almost believe someone would build it, while still holding true to Frank Miller’s design.

VFX producer, Desiree Ryden, added: “We had many good conversations with Frank along the way. He was great to work with and really succeeded at aligning our ideas with his vision.”

As well as its work on the castle, Goodbye Kansas also contributed environmental work and several other VFX sets including King Uther’s throne room and a creepy subterranean sunken temple with a shaft of light running through its centre.

“The other part of our work was to add gore and a bit of violence,” added Doy. “We created just enough blood to convey the graphic novel aesthetic, but not too much that it became unrealistic.

Doy said: “We were first tasked with making more burial mounds, which looked like Roman burial sites with spears and banners. It was then decided that the scene needed more grandeur so we extended this out and made an epic landscape complete with mountains, a canyon and rolling fog, as well as the occasional skeleton.”

All the VFX work was carried out at Goodbye Kansas’ London Studio.

Cursed is streaming now on Netflix.