Akamai has identified a dramatic rise in illegal pirate services that offer access to TV and movies and a corresponding rise in viewers who watch their content. While piracy has been prevalent for many years, improvements in digital technology and the lack of adequate global rights protection, means piracy is now a scaled and often lucrative business.

A report on the impact of digital piracy estimated that in 2019 between 230,000 and 560,000 jobs were lost in the United States alone as a direct result of pirating activity.

Moreover, we are beginning to see signs that piracy is impacting licensing - the lifeblood of the creative industry and arguably a more damaging strategic issue. Put simply, why would potential distributors pay significant sums of money for rights when the same content is readily found for free through pirate sites?

While real insight is understandably difficult to come by, we do know that there is a complex array of pirate groups and subgroups, each with their own drivers and levels of sophistication.

As examples, the release groups see themselves as altruistic revolutionaries. They are technically competent and prize early release assets but are not necessarily motivated by financial gain.

Site operators certainly make money out of the process and often run highly scaled, very sophisticated businesses. Some site operators have passed themselves off as entrepreneurial chancers, but many have links into organised crime. As a contrast, we also see amateur pirates who are ambivalent to the fact that piracy is illegal and simply stream a live sports match over social media platforms using their phone.

As with most forms of cybercrime, if there is a weakness, the pirates will find and exploit it. With so many organisations and individuals involved in the production and delivery workflow, the structure of the industry itself presents a smorgasbord of opportunities for piracy to take place.

With piracy so prevalent, the pertinent question is “can it be stopped?”. Unfortunately, the answer is “not entirely”. As long as great content is being created, there will always be pirates looking to exploit it. However, steps can be established to mitigate its prevalence and impact.

Renewed emphasis by regulators and legislators around the world to prosecute pirate gangs; and companies across the value chain reviewing and mitigating any technical vulnerabilities. The era of allowing content to be unprotected is long gone. What that means in practice, however, is taking a strategic review of operations and identifying weak links in the technical value chain from production to distribution and applying appropriate measures.

Video piracy is a complex, nuanced subject, and unless the industry comes together to tackle it head on, it has the potential to threaten its long-term viability.

The good news is that the industry is starting to mobilise, and we are also seeing signs that rights owners are insisting on minimum standards of content protection across the technical workflow. 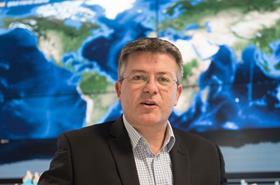