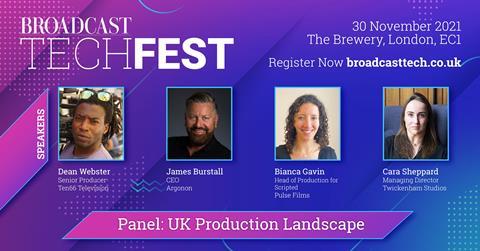 The Creative Tech programme for the Broadcast Tech Fest has been revealed.

Sitting alongside the Tech Innovation, TechHub, and Demo streams, the Creative Tech programme includes sessions spanning the production and post-production landscapes in the UK.

Following registration, at 10.30am the UK Production Landscape session sees Dean Webster, a senior producer for Ten66 Television, chair a talk between Argonon CEO James Burstall, Pulse Films head of production for scripted Bianca Gavin, and Twickenham Studios managing director Cara Sheppard on what the last year has taught them, as well as what they will take from it for the future. 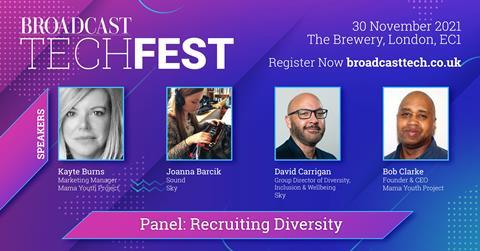 Other sessions throughout the day include a look at how producers can make use of virtual production, a panel of leaders across the post-production industry, advice on diverse recruitment, and a state of the nation discussion on VFX in the UK.

Those interested can register to attend for free here.