IMF packages are the preferred method for many major companies 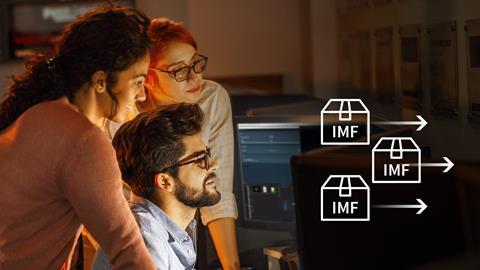 IMF packages are the preferred format of many major companies, including but not limited to Netflix, Disney, and 20th Century Studios.

Part of the Vantage Media Processing Platform, IMF Producer automates the creation of all files required in an IMF package from a single output render of an Adobe Premiere Pro timeline. As well as the primary package, it can create additional sequences, which become supplemental IMF packages that contain different versions of audio, subtitles, edit points, Dolby Vision HDR metadata and more.

Director of product planning at Telestream, Scott Matics, said: “Creating IMF Packages that properly conform to specifications is a complex endeavor, and by automating the task, we ensure that humans and computers focus on the skills they are best at.”

IMF Producer can process up to four packages simultaneously. After creation, the IMF files can be sent to media management systems that can automatically extract the correct content for final distribution.