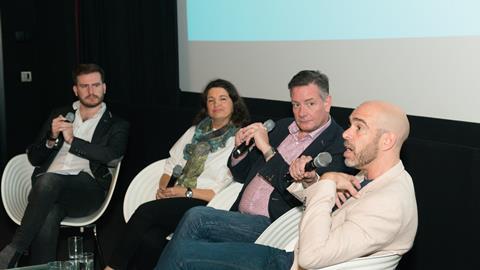 Technology can boost creativity and cut costs, according to panellists at The Connectivity Forum

Delegates at The Connectivity Forum held last week at the Dolby Screening Rooms heard that remote production could boost creativity and diversity while reducing costs and cutting the industry’s carbon footprint.

Some TV and sport productions are already making use of IP workflows, while others are testing the potential for 5G in live production. 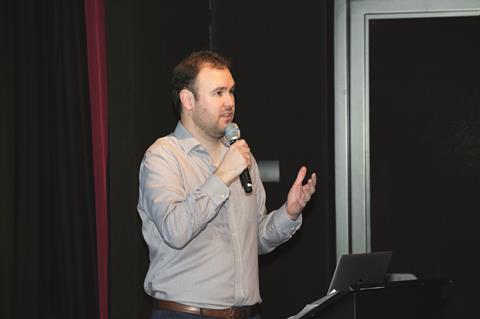 The flexible connectivity offered by these technologies reduces the need for on-site production infrastructure, such as OB trucks or tethered cameras, which means events can be delivered with less kit and fewer crew.

Post-production, meanwhile, is increasingly making use of the cloud to enable editors and visual effects artists to work remotely.

One reason is the potential savings, which allow productions to do more for less. Fewer people, for example, need to travel to an event as IP technology means the feeds can be mixed from a central location, reducing the production’s carbon footprint. 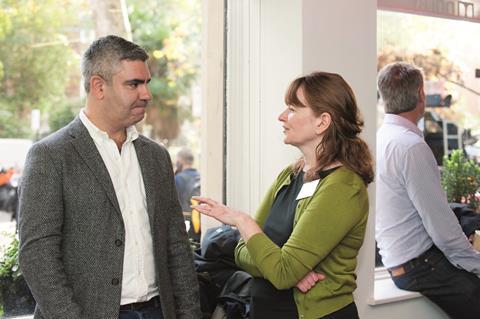 Cox noted, however, that there are still barriers to overcome before use of remote production becomes widespread. Latency remains an issue; not all companies like the idea of remote working; and many of the creatives prefer to be ‘on the ground’.

Meanwhile, there are still security concerns around cloud technology. “A really significant cultural change is required if the industry is going to embrace remote production to its full extent,” said Cox.

He added that “traditionalism” and the “risk-averse” nature of the broadcast industry is one of its greatest strengths, particularly in live production, but also means it can be resistant to change.

Cox said millennials will lead the drive for change, particularly as many are now in their late 30s and are moving into senior management positions.

“The ‘work-life’ balance that millennials have as a mindset is very different to older generations, and it is the same for sustainability,” said Cox.

Millennials, he added, have grown up with technology and see it as an enabler, and have more of a ‘why not?’ attitude to adopting new ways of working.

In the post-production industry, meanwhile, the cloud will open recruitment to a much wider and more diverse talent pool. Cox said post talent would no longer need to live in major hubs such as London, Manchester or Glasgow to work in the industry. “The increased competition for talent is both a boon and a threat,” he added.

Whisper brings in feeds from more than 20 cameras to the studio. “If we looked to cover it with a full OB in those cities, it wouldn’t be cost-effective or possible to televise. Remote production has enabled us to bring a sport to TV that might not otherwise be there.”

Curtis said the money saved by having fewer crew travelling to the events enables Whisper to invest in new technology, graphics and analysis tools to enhance its coverage. “Remote production gives you opportunities to do more, it’s not just about taking away.” 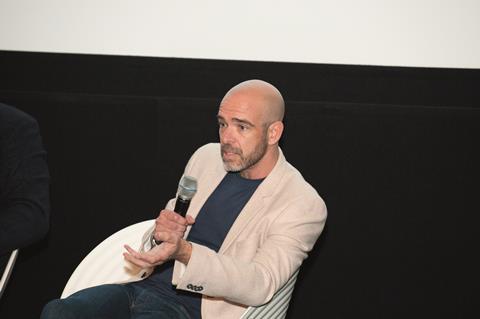 “One of the big things for me about remote production is that it allows there to be a level playing field across all productions,” said IMG head of engineering for live galleries and studios Tim de Marco.

“In the past, if an event was a long way away, you might have to reduce the level of production because you couldn’t afford to fly every body out there. But remote production allows us to provide a consistent product across the board, which is what most sports federations want.”

Curtis added that remote production also allows producers to recruit from a wider, more diverse talent pool as not everybody can fly to events, perhaps because of family commitments.

However, he said, remote production makes it harder to give younger people the chance to experience and learn from producing on the ground. 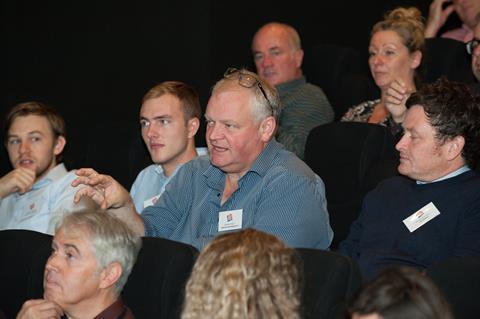 “If you’ve only got 10-15 people going out to an event, the choice to send a production junior or runner isn’t there. So you have got to be aware of the talent and where it is coming from and how to develop them.”

Curtis said that Whisper makes a conscious effort to switch staff between events, giving everybody a chance to be on the road at some point.

BT Sport director of mobile strategy Matt Stagg added: “A lot of people think remote production is just a cost thing, but it’s not. It’s about work-life balance – we don’t need to have lots of people away from their families over the weekends. It’s about the carbon impact too – we don’t have to send lots of trucks up and down the country to games or put people on planes to international matches.” 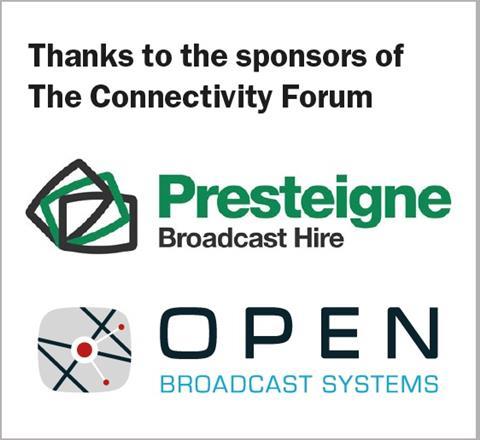 5G, which promises data speeds as much as 100 times faster than 4G, was also a major focus at The Connectivity Forum. Stagg noted that directors will be able to use untethered 5G ‘connected’ cameras for event coverage, opening up a host of creative possibilities, such as following teams around the stadium or even on their team bus.

This is because mobile providers will be able to offer guaranteed bandwidth over 5G, even in a stadium, which can often get flooded with data traffic when the public arrives.

Meanwhile, the BBC’s senior technology transfer manager Ian Wagdin said there is not only an appetite for 5G in sport, but also in the arts, music and politics – with the technology making it easier to cover a wider range of shows and events.