2
Will immersive tech ever become mainstream? 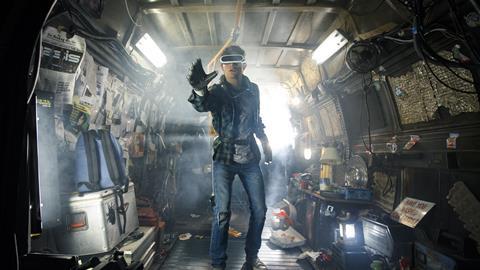 Will immersive tech ever become mainstream?

Augmented and virtual reality have long been touted as the next big things, but are yet to reach the mass market. Tim Dams asks the experts when they expect the technology to take off

Be in no doubt: mixed/ augmented reality (MR/AR) is coming and it will be transformative. I’ll be going on AR adventures chasing monsters with my grandchildren via magic glasses. But the technology will take time to develop. 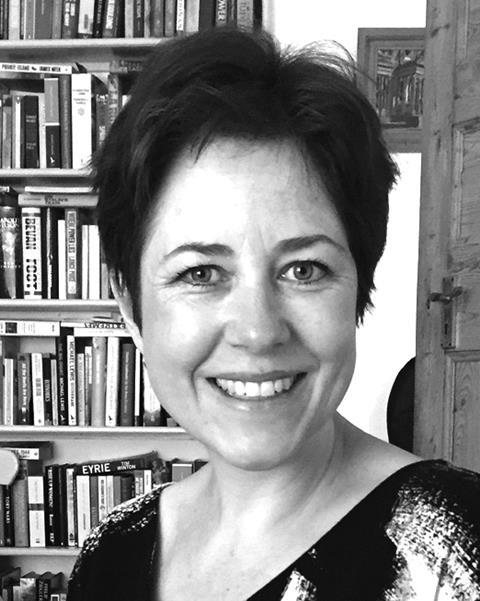 In the short term, MR is more likely to be used in design and engineering-related industries. In terms of consumers and AR, over the next few years, artists and content producers will be experimenting on mobile platforms and through evolving AR headset technology.

Headset tech isn’t yet ready to be part of our everyday lives – there are some huge questions that researchers are still grappling with that look years away from solutions. For consumers, we’re still at the carphone end of the spectrum rather than the iPhone X.

VR already offers far more possibilities in terms of storytelling and creating novel kinds of experiences for audiences than 3D TV promised. BBC VR experiences like The Turning Forest and Home: A VR Spacewalk bring delight and wonder to those who try them. Yet the audience is still small. That will start to change with the next generation of headsets.

I can’t see AR/VR/MR becoming mainstream. The production technology is either very expensive, like the Nokia Ozo, which achieved limited market penetration, or very low rent (various GoPro multi-camera rigs), with the potential for mistakes to be made during a shoot, leading to ‘edge violations’, image distortion or other visual artefacts. 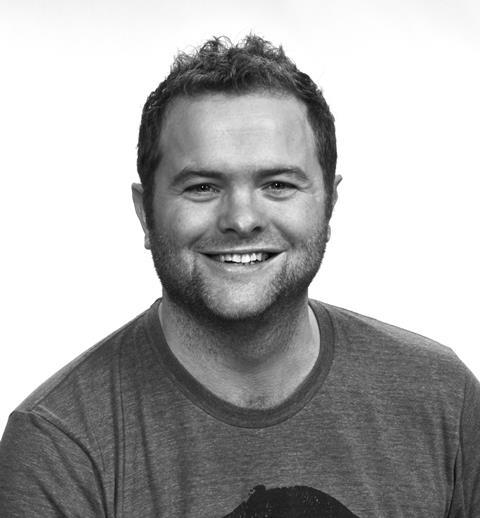 This was also common with stereoscopic 3D production a few years ago.

That said, there are some good use cases for AR/VR/MR, such as computer gaming, 3D animation – where the animator controls the entire virtual environment – and industrial visualisation, where it has been used for decades.

The biggest challenge in terms of adoption in the entertainment market is the highly fragmented nature of consumer delivery platforms.

There are no common standards or easy ways to consume the finished content, to justify the time, effort and cost involved in its creation.

There are also privacy concerns, with consumers running around wearing always-on camera technology, especially with GDPR (General Data Protection Regulation) on the horizon. AR/VR/MR cannot easily accommodate anyone with visual impairment and, anyway, do we really want to be seen wearing a successor to the frankly awful Google Glass?

Some people still ask: ‘What will it take for consumers to adopt VR and AR?’ This is the wrong way around. We should ask: ‘How would VR and AR be useful to consumers?’ Ask this, and the use cases become easier to identify. 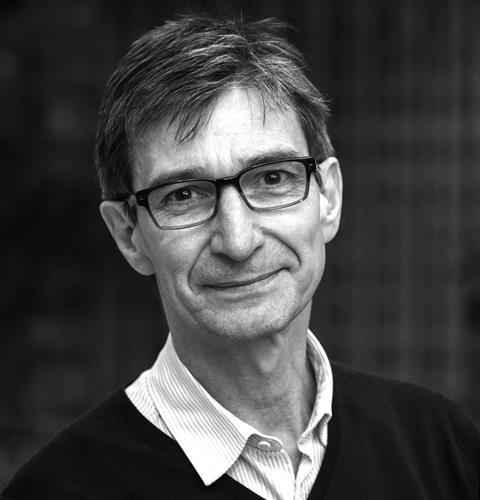 VR is an ideal extension of the gaming environment. It’s also an effective way of transporting people to times and places that are inaccessible. So it will be a tool for galleries, museums, tourist attractions, and also for luxury brands.

In time, the headsets will become smaller and more lightweight. They will then be used as viewing devices for non-VR content – providing a highly immersive environment in which to watch a movie on a plane or train.

AR and MR, meanwhile, are ideal for business- to-business uses, such as design, maintenance and training. And AR smartphone apps will be great for helping consumers place prospective purchases into the real world. 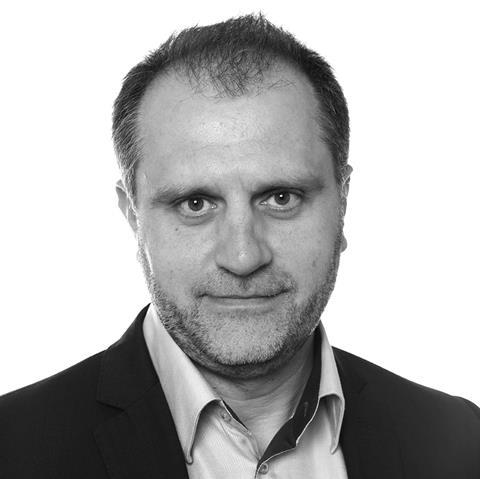 These ‘realities’ are on a continuous line that goes from VR (fully immersive and subtractive) to MR (almost a singularity where two worlds – the physical and virtual – seamlessly meld) via different levels of AR.

In the future, a new intelligent wearable will enable users to switch from one reality to another. But that future, which will have to take into account not only the visible ‘reality’ but also the sensory realities, is still about five to 10 years away. And that wearable will also have to intelligently understand the existing surrounding physical reality before merging it with the virtual one.

From a hardware point of view, this implies different sensors, miniaturisation, plus faster and larger bandwidth networks. From a software point of view, it necessitates the merging of AI, machine learning, cloud computing, computer vision and pattern/object recognition.

It will be at least five years until we see the average person going about their daily life wearing an AR/MR headset. It’s easy to get carried away with the recent launches of the Microsoft HoloLens and the much-anticipated Magic Leap One device. But these are first-wave devices and one of the major barriers is cost. 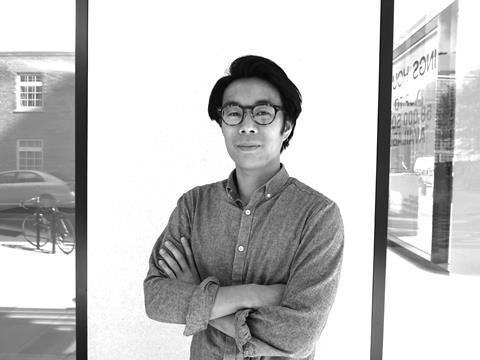 This has also been a major hurdle for VR, but perhaps not for much longer. The Oculus Go, retailing at £150, may be the change VR has been crying out for. Without the need for a powerful computer, these new standalone headsets may finally trigger mass adoption of VR. But, as ever, content is key.

VR has been unfairly compared to 3D – but 3D TV was not the forward leap that VR is. 3D was an evolutionary branch of home entertainment that died out due to not being different enough from what came before it.

The difference with VR is that it’s not aiming to replace traditional home entertainment such as the TV screen. It may slowly take over gaming in the home, but ultimately, VR offers a completely different experience to watching the latest Netflix series on a flat screen.

AR will undoubtedly take off quicker than VR. Its current form is accessible, with apps and content available across most smartphone devices. There are clear, obvious uses for AR that go beyond entertainment. Shortly after Apple announced the launch of its Augmented Reality Software Development Kit (SDK), commercial giants quickly released AR apps.

To say we’ll all be wearing AR/MR glasses in a couple of years is a little ambitious. There are still many hurdles to overcome. 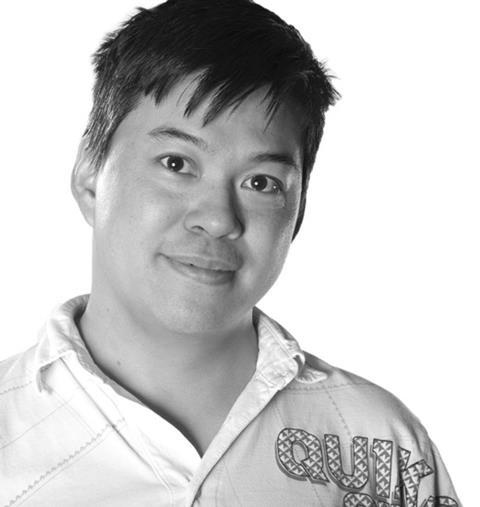 Aside from the limitations of current technology, people still need to accept the concept of a face-mounted wear able as a fashion accessory. And we need to figure out ways of handling the user experience of interacting with virtual objects.

That said, I believe a lot of upcoming mainstream tech developments will come from AR/MR as there’s just so much invested in it. It’s obviously going to play a major part in people’s lives going forward, even before it becomes compacted into headgear. And yes, it will probably replace the touchscreen at some point.

VR will continue to gain popularity, albeit at a slower pace. I very much doubt VR will go the way of stereoscopic 3D because we can see the impact VR is having on different industries at an enterprise level for training, visualisation and design. Watching an artist or a designer react to drawing their first hanging stroke in 3D space is a fun experience.

It still has the power to enthrall people with its possibilities. Cheaper headsets will help it gain mainstream acceptance but we’re still waiting for another technological jump to take VR to the next level.

Increased use of AR/MR is inevitable, with 5G acting as the catalyst to making it mainstream. Consumers wearing AR/MR glasses is simply the next step. 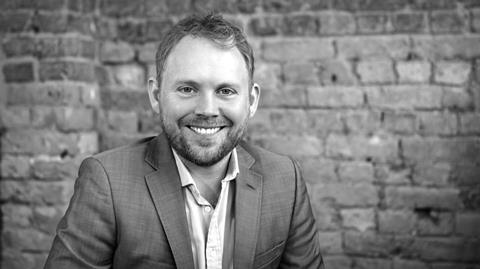 VR is sitting on a classic technology hype curve. The market has full confidence in the future of VR as millions of consumers are already opting to use it in their homes. We are just scratching the surface of how brands will use VR to achieve a competitive advantage.

To see continued growth in the VR industry, we need headsets to keep improving, along with more and better quality content.

Today, millions of people are engaging with 360-degree video because it’s so widely accessible, which has led to a broader range of content being made available than ever before. 360 content is the gateway drug to immersive reality (AR/VR/MR). Yet there is still a long way to go.

More emphasis needs to be put on developing creator-friendly, platform-agnostic technology, to allow more content to be seamlessly published, making the VR experience seamless for all audiences.

Far from a sci-fi dream, we’ll soon be interacting with augmented and mixed realities on a far more frequent basis. The groundwork for this near future is being laid now. Last year, Dimension, Europe’s first volumetric and 3D capture studio, was launched here in the UK.

Dimension is already producing immersive content with the potential for diverse applications across industries – from entertainment to healthcare.

VR is also going from strength to strength. Far from a fad, its cultural influence is now being recognised. This month, Steven Spielberg’s Ready Player One, the film adaptation of the book that triggered real interest in VR, hits cinema screens and we expect interest from Hollywood directors in the medium to escalate as a result.

We also expect to see huge strides in the sophistication of the hardware. The second generation of VR/AR hardware is set to be better, lighter and cheaper, giving the technology a much-needed lease of life.

UK companies are doing great things in this space too, with the support of programmes such as CreativeXR. Run by Digital Catapult, the CreativeXR programme offers immersive content creators support to develop innovative new prototypes and projects.

VR is a communication tool and computing medium in its own right, rather than simply an entertainment and gaming platform. And with the major tech players investing heavily in VR, it promises to take a different path to 3D. 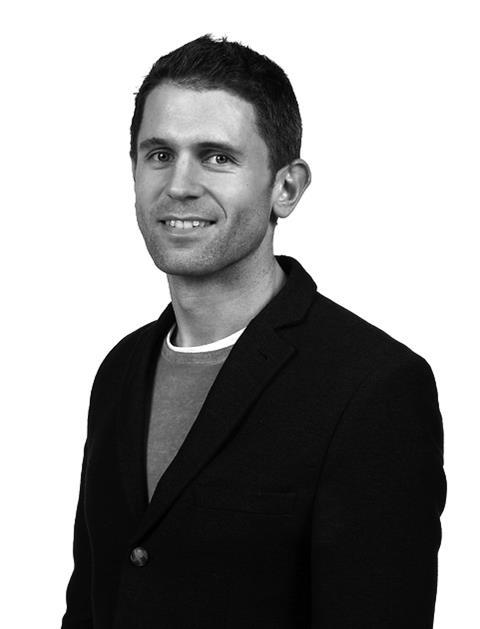 It’s also not a distinction between VR and AR, or a choice of one over the other. As I see it, it’s about the growth of immersive technologies as a whole – something that has the potential to unlock completely new viewing and communication habits.

We are still some way off a real market for AR glasses, but once it takes off, it could be transformative. An AR headset that incorporates VR, with the ability to switch between the two, could be huge. Switching seamlessly between augmenting your own world and being transported to new ones will be gamechanging.