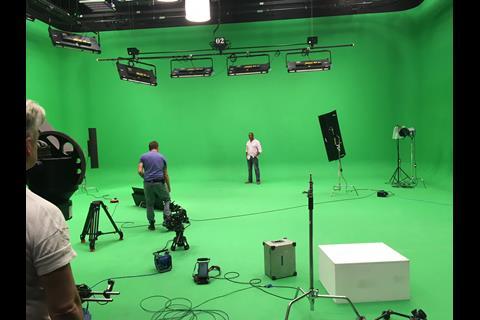 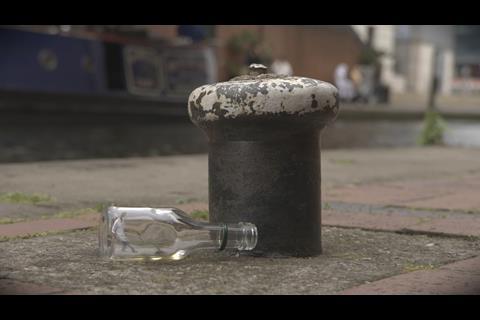 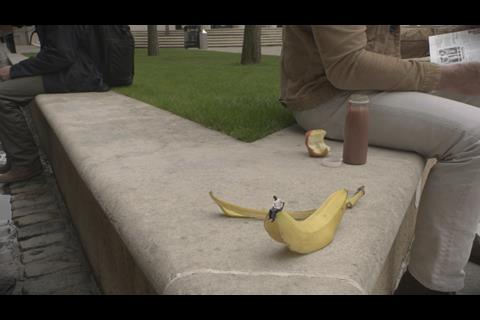 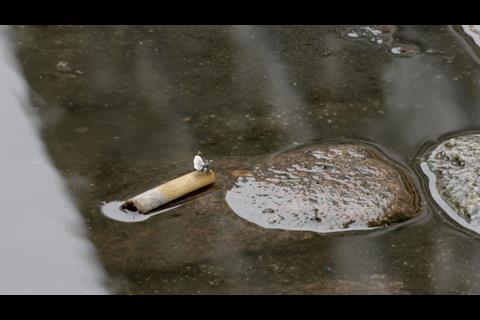 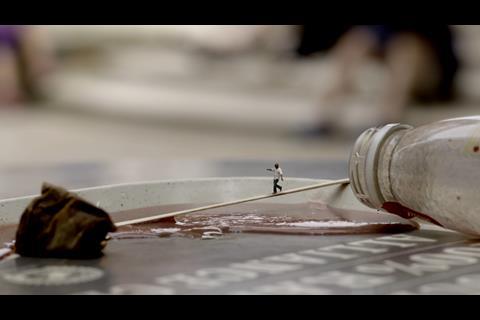 Azzopardi tells Broadcast: “This project had some interesting problems to solve. Before the shoot started, we mocked up stills in Flame for director Kenny Scott, to give him an idea which shots would look effective and what kind of angles helped people look either tiny or giant.”

Once the camera framing for each type of shot had been chosen, live-action back plates were shot around Birmingham, where Wigan lives and works.

The next challenge for the production team was to find a studio, on a TV budget, that was tall enough and had good enough lighting to shoot the foreground green-screen elements.

Azzopardi explains: “We used a scissor lift to get high enough to take the shot and limited the movements Willard could make, to reduce the parallax or lens distortion when he moved too far to the edge of the screen. We used a playback system on set to match the angles for the back plates as best we could.”

The footage was shot in 4K to enable more detailed keying, which was completed in Flame. Once the images were composited into the back plates, “time was spent matching colours and adjusting the grade to reproduce the lighting. Shadows were faked using the mattes from the rotoscoping, which was a little more time-consuming but worked well”, Azzopardi says.

Fluid also added ripples and reflections into the images featuring a pond.