The Genius of Leonardo da Vinci; The Royal Wives of Windsor; Genius: Picasso

“Rather absorbing in a cut-and-paste kind of way” 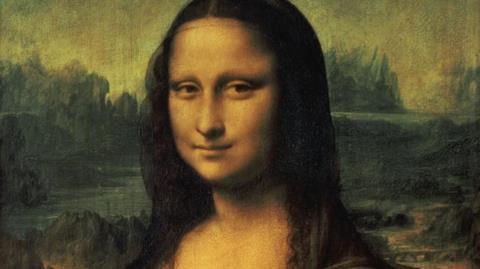 “The Genius of Leonardo da Vinci was a TV programme largely about all the other TV programmes that have been made about him. It was rather absorbing in a cut-and-paste kind of way.”
Carol Midgley, The Times

“The best things in this show have all been on other programmes, but that is the nature of it. Art historian Janina Ramirez turns it into something coherent and interesting that says something about the man himself, his timelessness, and about his TV career.”
Sam Wollaston, The Guardian

“The real pleasure of this low-budget programme was not in its erudition. It lay in seeing how fashions had changed in educational telly, starting in the early Sixties with a suit, a blackboard and a supercilious smile.”
Christopher Stevens, Daily Mail

“From broadside attacks on the Mona Lisa on a 1981 Arena programme to headmasterly complaints about Da Vinci’s character flaws to some stomach-flippingly unnecessary autopsies, it was clear, indeed, that the BBC’s arts people had made a lot of programmes about this 16th-century visionary. That’s a good thing because it doesn’t look like they’re making many more.”
Matt Baylis, Daily Express

The Royal Wives of Windsor, ITV

“I watched last night’s The Royal Wives of Windsor with the usual heavy heart. Yet it was unexpectedly lively and not just because the commentators were more heavyweight than usual. There was the usual trawling for footage of Diana and Fergie’s weddings, plus of course Kate Middleton. But there was an extra spikiness to the commentary.”
Carol Midgley, The Times

“This frothy film told us little that we didn’t already know. Instead it repackaged familiar material in a way which was accessibly insightful and faintly gossipy.”
Michael Hogan, The Telegraph

“Every line of dialogue in this steaming heap of schlock comes with explanatory footnotes. Despite this, the plot gets muddled with all the mistresses, as it hops between the Forties and the turn of the century. Still, it looks sumptuous. Each scene is set up like a painting, and the costumes are a masterpiece in their own right. Genius it ain’t, but this is good fun.”
Christopher Stevens, Daily Mail