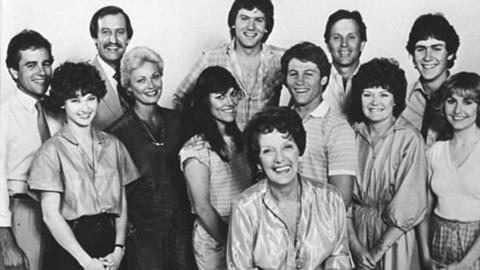 Wholeseome yet depraved, the propulsive narrative of the melodramatic soap convinced the Mammoth Screen founder that TV drama was his future

1980s TV. I watched most of it, and loved lots of it, but the show that really shaped me was Reg Grundy’s Australian super soap Sons and Daughters.

The production values were not high. It had a shrill theme tune (“love is very strange, it can come and go…”). It was shown in ITV’s not very prestigious 3.30pm midweek slot. But it became my life. 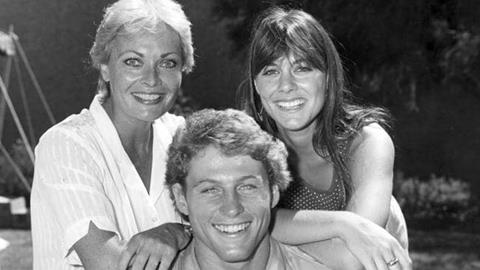 The story: David and Patricia are school kids in 1960s Australia. She gets pregnant, has twins. Everyone is shocked. They split up, each take a twin, and make new lives: Patricia weds wealthy moustachioed businessman Gordon in Sydney, David becomes a truck driver and shacks up with homely Beryl in Melbourne.

Twenty years later, male twin John is on the run for a murder he didn’t commit. He meets female twin Angela and they fall in love. Cue many, many, many hours of melodrama.

A big success in Australia, running for two hours a week across six years, it arrived in the UK with no fanfare of any kind.

I was not expecting to fall in love when I came across it one afternoon having ‘pulled a sickie’ from school in March 1984. Why did it make such an impression on a British teenager who had hitherto shown no interest in Oz of any kind?

The plotting of those first two years is masterful. Four half hour instalments a week, each one with an extraordinary cliffhanger. Any understanding I have of how to keep a story afloat comes from this.

Initially, I was enthralled by the exoticism of early 1980s Australia. But it was the tone - a weird combination of wholesome and depraved – that really got to me. Glorious melodrama, played fairly straight, with an almost constant underscore of suspenseful library music.

The plotting of those first two years is masterful. Australian TV writing god Bevan Lee storylined a character-driven show that just didn’t let up. Thames TV viewers got four half hour instalments a week, each one with an extraordinary cliffhanger. Any understanding I have of how to keep a story afloat comes from this.

Beryl miscarrying in Melbourne, suspicious that David and Patricia have rekindled their relationship, as her brother Rob weds Angela in Sydney, even though Angela is secretly in love with ex-priest and secret millionaire Paul!

The series one cliffhanger in which Patricia tells David the twins aren’t actually his!

Sweet ex-prostitute Jill going down the aisle to wed nasty Wayne Hamilton as her ex-IRA lover Brian comes back from the dead to try and stop the ceremony! 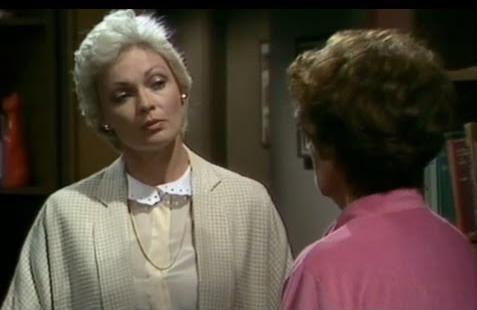 Just to be clear, I didn’t watch it with tongue in cheek. I took it incredibly seriously. It was so heightened, but it seemed so real. And I believed almost every minute.

It taught me everything about the power of casting. At the centre of the show was Rowena Wallace’s Patricia Hamilton. Rowena was the first Australian actress to win a Gold Logie and Pat the Rat is still regarded as one of Australian TV’s most iconic characters.

It’s an extraordinary performance - a masterclass in villainy and vulnerability. She was dynamite, and I was obsessed. So much so that when school friend Paul was asked in his French O Level oral to name his favourite actor, he found himself answering ‘Rowena Wallace’, even though he had never watched the show. I put her on a pedestal, and she really did teach me that casting was everything.

The first 200 hours are peerless and had me hooked, but the show’s slow decline also fascinated me. Once John Holmes stopped producing and Bevan Lee left, it all went horribly wrong.

Watching the rot fired up my story brain up in new ways. In my head, I saved it a hundred times over. I started to realise I would only be happy if I was working in TV drama.

I was riveted by this textbook example of how to kill the golden goose. Casting Belinda Giblin as the new Patricia (now called Alison Carr after a spot of plastic surgery in Rio De Janeiro), was the sole highlight of the latter years.

Watching the rot set in was also hugely instructive and fired up my story brain up in new ways. In my head, I saved it a hundred times over. I started to realise I would only be happy if I was working in TV drama. My first job in telly was on another Australian soap opera, and I owed it all to Reg Grundy.

My love of Sons and Daughters taught me not to be a TV snob. Yes, there were more rarefied shows on the TV. I dutifully watched Edge Of Darkness etc, but none of it made my pulse race like S&D. Rule number one: don’t be scared of popular drama - guilty pleasure can be good.

Why was I so obsessed? In a pre-internet world, it was impossible to find a fan community to enjoy the show with, but this made my devotion all the greater. I looked far and wide for any info at all but there was nothing. Teletext once said it was the Queen Mum’s favourite TV show, but that was it.

I started buying Broadcast in the mid-80s to check the ratings and found 6 million Brits were also watching (I’ve been a loyal reader ever since, but S&D was the trigger). There were many of us, but we were ignored.

I eventually started going to the reading room at the Australian Embassy to glean information about the show from newspapers and magazines. They were two years ahead and it was deeply confusing but I didn’t care.

Today, it’s great that you can immediately find out everything about your favourite show online, but there was something really powerful about having to actively go out there to search out information. It makes the obsession so much stronger.

The highlight of my social media is a Facebook Sons and Daughters fanpage - VISITED BY MEMBERS OF THE CAST - and following two of my favourite cast members, Ally Fowler and Alyce Platt, on Instagram. I often want to leave Mark Zuckerberg’s evil orbit, but they all keep me there. 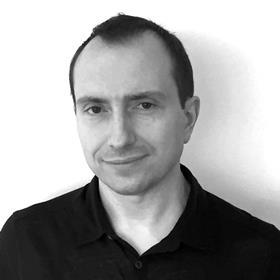 So I’ve come full circle. The show I struggled to find anything out about in the analogue past is now the thing that keeps me going in the digital age.