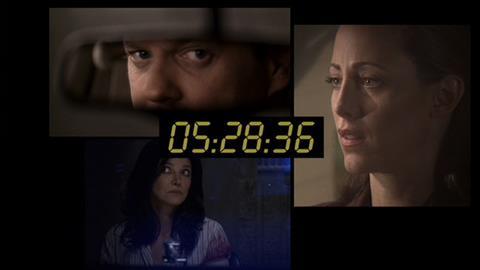 Recently, while working on a pitch for a series idea that relied on plenty of exciting, tense action, I went back to series one of 24, intending to watch the opening sequence.

I wanted to check out how it started, how the Bauer family was introduced, to remind myself of the building blocks. I thought I’d watch the pilot, maybe the first two episodes. I’d seen every series, knew what happened, so anticipated that would be that.

Eight hours later, I was tight-jawed, on hour nine, all other work abandoned, as I listened to the credit sequence’s characteristic beeps. Slow at first, then faster, then blurring into a single flat line pitch and the digital numbers clattered and whirred bright and fizzed back to black and … oh God, I was right back there with federal agent Jack Bauer, living the longest day of his life in real time, the CTU phones singing their boop-boop-beep-booooop… 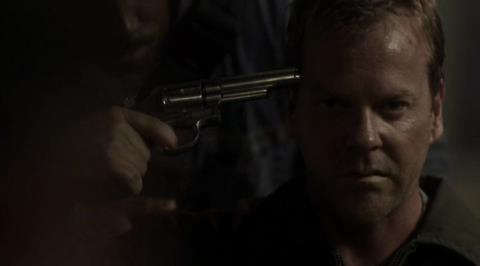 Real-time. That was the kicker. Ad breaks aside, from a craft perspective, looking back now, the audacity of it is still quite something. A thriller that genuinely thrills for a full 24 hours? A whole night and day of white knuckling it on your sofa? How could you not watch that, even if just to see if they could do it?

And - couldn’t they just. Almost 20 years after it premiered, it stands head and shoulders above not just any other action show I can think of, but most other shows of any genre, for sheer enjoyability.

The audacity of it is still quite something. A thriller that genuinely thrills for a full 24 hours? How could you not watch that, even if just to see if they could do it?

Kiefer Sutherland’s gravelly voiceover. His devotion to the women in his life, despite their near constant tendency to get kidnapped by terrorists/be taken hostage/be a mole/nearly die causing him to risk his life saving them (many times over)/actually die breaking his heart.

The endless twists, reversals, conspiracies, surprises, explosions, sudden deaths that left you gasping, shaking with adrenalin. My sister once phoned me having an actual panic attack having watched a few too many episodes in a row. 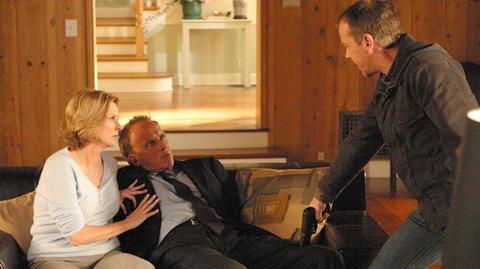 Because 24 was the OG binge watch. The forerunner of all pizza-fuelled TV marathons. The crack cocaine of the series watch. ‘One more’, we said to each other, as we checked our watches and calculated how many hours of sleep we could miss and still function the next day. ‘Just one more’. It never was.

Stories are fundamental to us as humans. They allow us to process and shape experiences, work through fears, pass on lessons. But if stories are to do any of that, they must have an audience. And that audience wants to feel.

As a consumer, that’s what I want. Whether it’s a novel, a play, the lyrics of a song or a big box-set, I want the story I’m being told to make me feel. I’ll forgive it many flaws if it does that one thing well.

As Jack Bauer endured the worst day of his life (again), we experienced every emotion under the sun right alongside him.

The explosions and car chases and guns were all fairy dust, rainbow sprinkles on the cake. The substance of it was big feelings. Big emotions. Big heart. And that addictive, beeping, ticking clock. 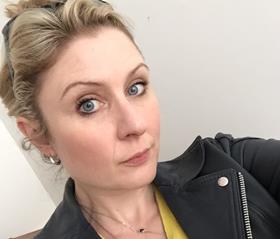