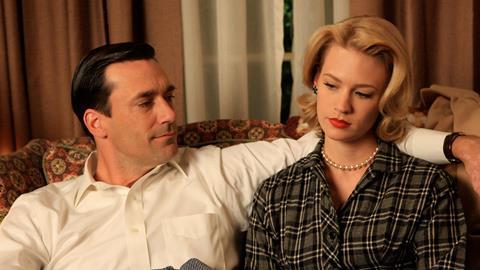 But from the moment I saw the Saul Bass-inspired titles, the falling man with that intensely yearning signature tune, I was hooked. In that first episode, Don Draper says: ‘What you call love was invented by guys like me to sell nylons.’ And that was it: love, melancholy, cynicism, capitalism. I was in.

My parents met in advertising in the ’60s (she worked for the agency, he was the client). They were from north-west London and Newcastle upon Tyne rather than Madison Avenue, but I’ll never forget us kids visiting his office in the ’70s and the thrill of being offered a mini-can of Coke (a mini-can!) from the wood-panelled cabinet under his desk, packed with whiskey, gin and cut-glass crystal tumblers. The secretaries were glamorous and everybody smoked constantly.

Before he died, my father told me that Mad Men was a very accurate portrayal of that era – not just because of the attention to period detail, but because it faultlessly depicted the last days of a social order where middle-class white men like Don Draper were kings, and women like Peggy Olsen the harbingers of change. 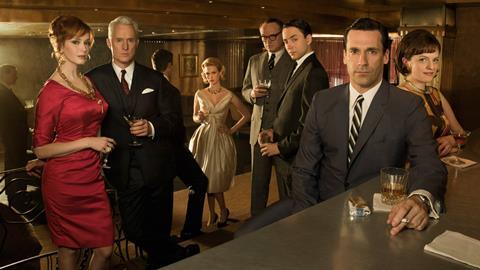 Over a decade, Mad Men shows us a world of gender stereotypes and corporate hierarchies slowly falling apart, ushering in an age of confusion and, by the end, the ‘Me Generation’.

It should be compulsory for Anthropology 101. Through the lens of these angst-ridden, beautifully costumed creatures, we learn about the nature of identity and the fallacies of the American dream.

“Its prime emotion – bitter-sweetness – is something that constantly creeps into my work. Make them laugh, make them cry”

And yet, Mad Men isn’t just a period drama. It’s about us. We no longer live in that world – thank god. But, for sure, every working woman will recognise the agonies and frustrations of Peggy, Joan and Megan as they try to navigate the sexual politics of the corporation.

Who doesn’t struggle with relationships in and out of the office, or isn’t exhausted by trying to keep up with work and the demands of capitalism? Under its perfectly seductive surface, Man Men vibrates with melancholy and broken dreams.

The world of Mad Men is a galaxy away from my work as a documentary filmmaker. But its prime emotion – bitter-sweetness – is something that constantly creeps into my work. Make them laugh, make them cry.

It taught me about surprise – characters constantly evolve (well, maybe not so much Roger Sterling, but that’s why we love him). The series is often wildly unpredictable in its form. Even the occasionally dodgy flashbacks are interesting. And it’s taught me about pace. Time becomes elastic if you just let people sit and talk. 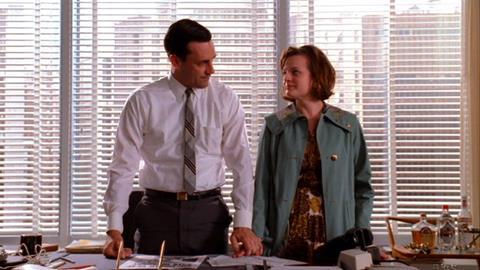 The episode that will stay with me forever is the one where Peggy and Don spend the night in the office preparing a pitch for the Samsonite account. This episode is all about their relationship, which over the seasons develops from boss-secretary to mentor-protegée, to equals.

Here, we see the intense contrast between Brylcreemed Don and emotionally intelligent Peggy. As their arguing over the pitch eventually turns to bonding, we end with Don getting the news that Anna, his long-lost love, is dead.

“She’s the only person who really knew me”, he tells Peggy. “That’s not true.” she tells him. Love and nylons. Mad Men may be all about surfaces, but it’s so deep. 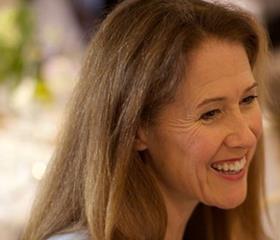