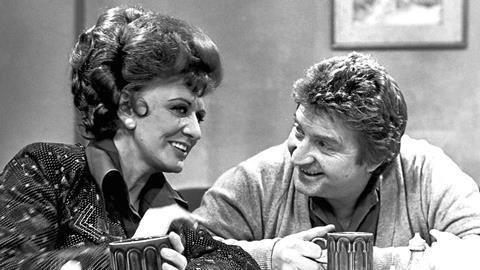 Growing up in ‘Granadaland’, the streets of Weatherfield were a second neighbourhood for Endemol Shine’s chief creative officer

We had one warm room. The rest of the house – pre-central heating – was either damp or freezing cold.

In the beating heart of my home, the telly held sway. Especially twice a week, when Coronation Street was on ITV.

In our home in Britain’s industrial north-west – or Granadaland, as I thought it was really called – every Monday and Wednesday evening, the family gathered, transfixed. 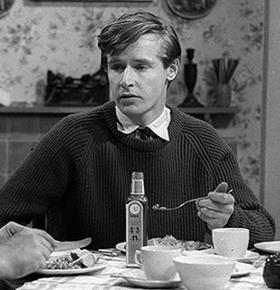 We were watching a pint of Newton & Ridley’s foamy beer being pulled in the Rovers; enjoying the on-off romance between pin-up Elsie Tanner and lothario-in-adonkey-jacket Len Fairclough; secretly admiring a youthful Ken Barlow and his impossibly long college scarf; eavesdropping on three busybody old ladies in the snug – Ena, Minnie and Martha.

Every character, every front door, every living room, every slate on every terraced roof seemed real to me. They said it was a soap opera, but it might as well have been the news.

What Salford’s Tony Warren invented in 1960 was a grey, sooty wonderland of viaducts and corner shops, battles, brawls and love affairs. It soon became a national obsession.

It could be dramatic – the train crash and the house fire – but also very funny. All mixed together, it was a bit like life itself; laugh till you cried stuff.

Every character, every front door, every living room, every slate on every terraced roof seemed real to me. They said it was a soap opera, but it might as well have been the news. 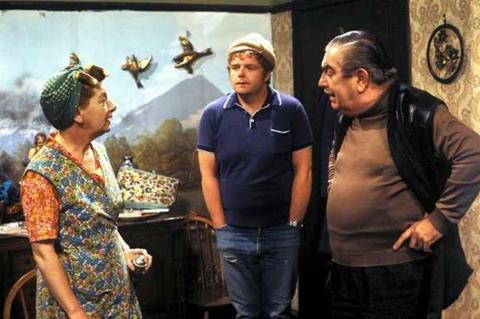 The Ogdens: the ‘king and queen’ of Corrie’s comedy

The king and queen of Coronation Street comedy were Stan and Hilda Ogden: with their Swiss ‘muriel’ and cock-eyed flying ducks on the wall, they were all string vests and hairnets. Later, there was Jack and Vera, two hilarious and loveable pub tenants plucked from a music hall stage.

The show was straight off a Lowry canvas, albeit with fewer matchstick men and women, and was my own fully realised childhood television neighbourhood. A magic place, emerging through the Weatherfield drizzle.

Thirty years later, I received my best-ever leaving present from Granada TV, where I’d been director of programmes: an extra’s role filmed in the bar of the Rover’s Return. A pint of fake bitter never tasted sweeter. 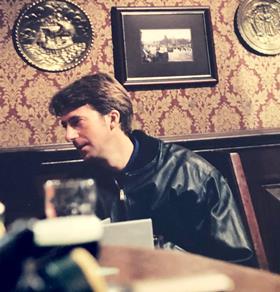