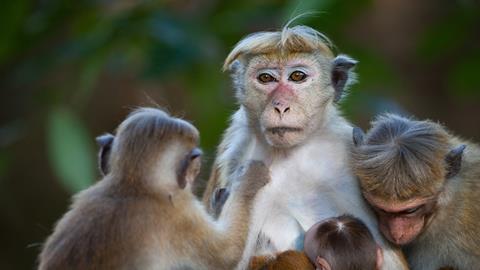 “Do you still have a working VHS player?”

I’d asked Mark Linfield if he had a copy of his 1997 Natural World film on a group of macaques living in an ancient Buddhist temple in Sri Lanka. I needed to remind myself, having not seen it in a long while.

“I won’t be insulted if you de-select it,” said Mark and sent over a copy.

Rewatching it 20 years after it was produced, The Temple Troop had lost none of the magic that set it apart from the natural history shows of the time.

It demonstrated that the wildlife genre need not be a predictable, formulaic affair where the sun rises, animals consume nutrients during times of plenty, wait for the rains, exhibit behaviour and then eat each other or succumb to the elements - fulfilling the great circle of life.

Where in all this was the story?

There was the great lesson: know your characters. The truth that follows is often far stranger and more wonderful than any fiction.

Full disclosure. I didn’t do a zoology at university. Most people working in natural history when I began my career had the necessary parchment. I read English and have always thought of myself as first and foremost a storyteller.

I think Mark probably does have a proper zoology degree, but more importantly, The Temple Troop is a masterclass in storytelling.

It begins with a time-lapse of a huge reclining statue of a sleeping Buddha, morning light and shade slowly moving across the beatific face.

The monkeys then appear – or rather their outlines appear - caste on the carved rocky stage like shadow puppets.

Roshan Seth’s curiously old-fashioned voice (did people really speak like that only 20 years ago?) declares the monkeys’ lives are “full of drama and intrigue”.

And sure enough, the monkeys have narratives worthy of Shakespeare. Comedy, romance and tragedy. You just have to find the right angle, identify the drama, tease out the intrigue, and let it all unfold.

Which is exactly what Mark did with the help of Wolfgang Dittus, the German primatologist who had been studying the Temple Troop for years and knew the individuals inside out.

And there was the great lesson: know your characters. The truth that follows is often far stranger and more wonderful than any fiction. Have faith and let the monkeys tell their own story.

The monkeys didn’t disappoint. Pride, hubris, overreaching and the inevitable fall followed in satisfying order. Loyalty, the rewards of virtue and the power of the sisterhood sewed it up.

After all, give a number of monkeys a number of typewriters and enough time, and they’ll produce all the works of Shakespeare, right? 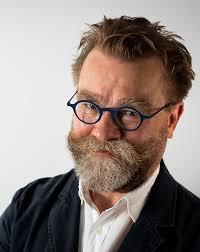