“I’m not usually a fan of documentary-drama hybrids but The Trial: A Murder in the Family is an intriguing experiment.” 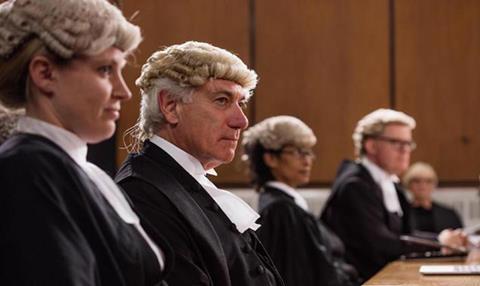 The Trial: A Murder in the Family, Channel 4

“I’m not usually a fan of documentary-drama hybrids but The Trial: A Murder in the Family is an intriguing experiment. It would stand up on its own as a drama.”
Sam Wollaston, The Guardian

“If only The Trial had had the courage of its possible eventual conviction and simply filmed this process. Instead it is souped-up with interviews, CCTV footage, police interrogations and lunchtime chats between the barristers and their juniors.”
Andrew Billen, The Times

“From my memory of jury duty, it mostly feels authentic, and the invented murder has the firm untitillating smack of ordinariness. The first episode passed the basic test: you want to keep on watching.”
Jasper Rees, The Telegraph

“At times I almost forgot this wasn’t a straight documentary retelling of a notorious case. It was all skilfully done and I’ll be tuning in for the rest of the week. But I still found it a touch manipulative.”
Jeff Robson, The i

“Glossily filmed, Clique has a great sense of place. Unfortunately, that place is Berkeley, California, not Edinburgh.”
Andrew Billen, The Times

“Aisling Franciosi and Synnove Karlsen are both excellent as childhood chums Georgia and Holly. If you recoil at the sight of women taking drugs and drinking themselves into a stupor, though, you won’t enjoy it.”
Christopher Stevens, Daily Mail

“Martin Shaw is a stalwart leading man with a solid fanbase, but to me he always seems too mannered for the small screen. It’s as if he’s been trying to act away the overshadowing memory of The Professionals that made him famous in the 1970s.”
Jasper Rees, The Telegraph

“Those politically incorrect dinosaurs on ITV’s period crime dramas Endeavour and Prime Suspect 1973 might have sneered at DS Coles’ impassioned rant about the shortage of senior female judges, told her to stop getting her tights in a twist and put the kettle on, there’s a good girl. But George Gently is a copper from central casting at the BBC.”
Christopher Stevens, Daily Mail