TV Critics: A Very British Brothel; Flying to the Ends of the Earth; Travel Guides; Life In Squares

“A fascinating snapshot of the more responsible end of a largely hidden world.” 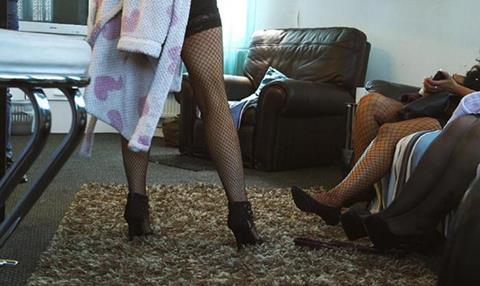 “I loved every minute of it, but I should confess that I am entirely susceptible to this sort of thing: easily charmed, endlessly amused and instantly inclined to change my thinking and regard massage parlour-keeping as a doughty and public-spirited pursuit.”
Tim Dowling, The Guardian

“The tone was balanced between jolly and respectful, presenting the women as the well-rounded humans they were. It was a fascinating snapshot of the more responsible end of a largely hidden world, and amazingly educational.”
Charlotte Runcie, The Telegraph

“With decriminalisation back on the agenda, these insights into the lives of people who buy and sell sex are particularly relevant. It’s only a shame they must be sandwiched between the repeated close-ups of wrinkly cleavage and scuffed stilettos, which are apparently obligatory in any even vaguely sex-related Channel 4 documentary.”
Ellen E Jones, The Independent

Flying to the Ends of the Earth,  Channel 4

“Presenter Arthur Williams’ natural, unaffected style was central to the appeal of this travelogue. Like last year’s similar Worst Place to be a Pilot, this was an astute, absorbing repackaging of the anthropological documentary.”
Gabriel Tate, The Times

“The former Royal Marine has shown himself to be an engaging TV personality before, both as a Paralympics presenter and on aircraft documentaries. He proved a compellingly likeable guide here as he investigated the trade in ‘Nepalese viagra’.”
Christopher Stevens, Daily Mail

“Travel Guides is trying to be TV’s equivalent to TripAdvisor. We quickly discovered that any criticism from characters we don’t know personally has to be regarded with deep scepticism. We learned one important thing, though. If you’re going away, find somewhere where this lot won’t be.”
Christopher Stevens, Daily Mail

“It’s when we travel that the worst prejudices and divisions from back home truly bloom. This can be fun to watch, of course, and Travel Guides exploits that ugly side along with the beauty of its far-flung locations. In the end, it gave zero guidance on Thai beach resorts but said a lot about Brits on holiday.”
Matt Baylis, Daily Express

“The performances project great charm, Edmund Butt’s score is effective if overbearing, and Amanda Coe’s script does what it does with dexterity and intelligence. Yet it is at once too much and not enough, and the whole thing stubbornly fails to spark.”
Gabriel Tate, The Times