TV Critics: Ice Rink on the Estate; The Island; Daredevil; Inside No 9

“Ice Rink on the Estate struck me as little more than a manipulative attempt to raise the profiles of its presenters.” 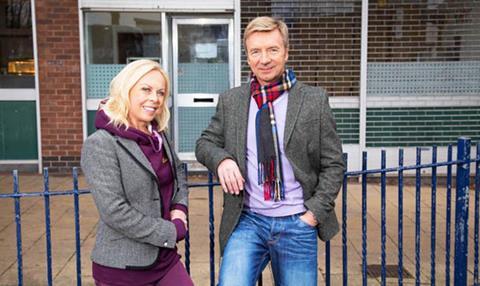 Ice Rink on the Estate, ITV

“T&D aren’t TV naturals. Jayne doesn’t say very much at all, just smiles. They cobble together a show of sorts for the end of the first of three episodes, but these kids are still a long way from turning it around and pulling it off, and frankly I don’t think I’ll be around when they inevitably do.”
Sam Wollaston, The Guardian

“So far it’s not looking promising, but never fear, viewers. We’ve seen enough episodes of The Choir and the like to know that plucky, underprivileged kids always make their celebrity mentors proud in the end.”
Ellen E Jones, The Independent

“This purported to be television with a social conscience but was nothing of the sort. There was the merest chink of an interesting narrative surrounding one or two of the characters but Ice Rink on the Estate struck me as little more than a manipulative attempt to raise the profiles of its presenters.”
Rupert Hawksley, The Telegraph

The Island with Bear Grylls, BBC2

“An hour of people at their wits ends makes for harrowing viewing. It may be that, over time,one group does emerge as more able to survive than the other. I shall not be there to watch it.”
Matt Baylis, Daily Express

“A self-confessed Little Hitler, Fi divided the group into two teams and struck out in search of a safe campsite. Hours later, of course, the women were hopelessly lost, with no men to ask for directions. It’ll be fascinating to see how they cope.”
Christopher Stevens, Daily Mail

“Despite the identical premise, the women’s island was more interesting to watch than the men’s. You just don’t see groups of women having a go at this sort of thing as often, and it was inspiring to watch them succeed and urge them on.”
Charlotte Runcie, The Telegraph

“Is this massive franchise cause to rue the lack of original ideas in television? Probably, but Daredevil has made such a competent and enjoyable debut, it’s hard not be excited by the thought of more (much more) to come.”
Ellen E Jones, The Independent

“Handsome, meticulously paced and with a break-out performance from Charlie Cox, it has the potential to transcend the geek ghetto and become Netflix’s biggest hit this side of House of Cards.”
Ed Power, The Telegraph

“Writers Pemberton and Shearsmith have rustled up another hilariously dark little half-hour of quintessentially British comedy. This is top-notch silliness that exposes just how ludicrous the witch hunts were – and they were very silly.”
Ellen E Jones, The Independent

“This occasionally funny half hour of television fell some way short of what we have come to expect from Pemberton and Shearsmith.”
Rupert Hawksley, The Telegraph