TV Critics: No Offence; 24 Hours in the Past; The Great Chelsea Garden Challenge

“It makes you want to fall at the feet of everyone involved in love and gratitude.” 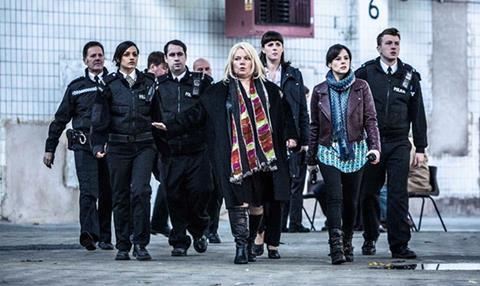 “I have no idea what it is or what it’s supposed to be or what it’s going to turn into. Line of Duty with fart jokes, I can take. What looks and smells like a lack of believability in police procedure, I can’t. Still, when it’s good, it’s very good.”
Chris Bennion, The Independent

“It’s fresh, it’s funny, it is scripted, it is clever. It took time, effort and talent to create and it makes you want to fall at the feet of everyone involved in love and gratitude. Thank you, all.”
Lucy Mangan, The Guardian

“The show is still far from convincing. But the performances are brazen and brave, and there’s a compelling thread of evil at the core. If you enjoy dark crime stories on TV, this could be worth a second look.”
Christopher Stevens, Daily Mail

“There are great moments, of course. Paul Ritter’s Miller is a beautifully lugubrious forensics obsessive. Some scenes are, however, more crude than funny and not all the dialogue is inventive.”
Andrew Billen, The Times

“I am disproportionately furious about 24 Hours in the Past. It is so deeply frustrating and pointless that it is all you can do to not put a boot through the screen.”
Lucy Mangan, The Guardian

“This is not gardening in any conventional sense. It’s more like nouvelle cuisine with plants.”
Christopher Stevens, Daily Mail