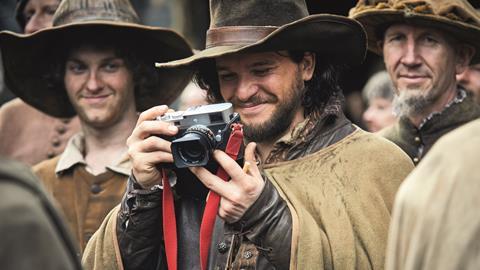 When Kit Harington told me his ancestor had masterminded the Gunpowder Plot, I jumped at the chance to tell the real story of this misunderstood event in British history, says Ollie Madden

At Berlin Tegel Airport on the way back from shooting Spooks: The Greater Good, Kit Harington told me he had an ancestor, Robert Catesby, who was the real mastermind behind the Gunpowder Plot.

Kit and his business partner Daniel West were thinking of doing a mini-series based on his story.

My first thought was: surely this has been done? Further research indicated that it hadn’t – at least not in recent memory, and not with Catesby at its centre.

What’s more, here was an iconic piece of British history that people thought they knew, myself included, but in reality they knew very little about. 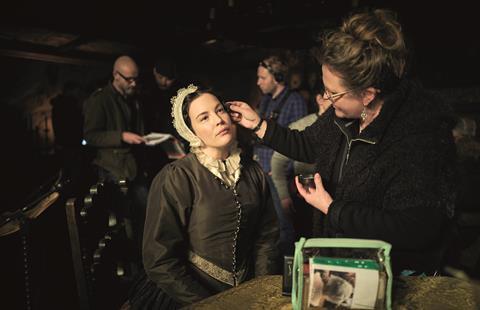 A few months later, Kit and Dan brought me a treatment they’d written and I approached Ronan Bennett to write it. We were thrilled when he engaged with it; it turned out he has a PHD in this period of history, plus that vital thing: a compelling take.

His view was that to understand the Gunpowder Plot, we needed to anchor the story in the Catholic plotters’ point of view, to convey to an audience the context of these men’s and women’s lives and the daily persecution they faced.

We embraced that approach and when we pitched it to Matthew Read at the BBC, he promptly commissioned a script.

Everything moved unusually quickly. A few months later, Ronan delivered one of the best first drafts I’d ever read, including an unbearably tense and emotive 20-page first scene that I’m pleased to say has survived the cut almost to the word.

We did a little bit of work, with input from colleagues at Kudos and the BBC, and then it went to Lucy Richer, the incoming Piers Wenger and Charlotte Moore for greenlight. 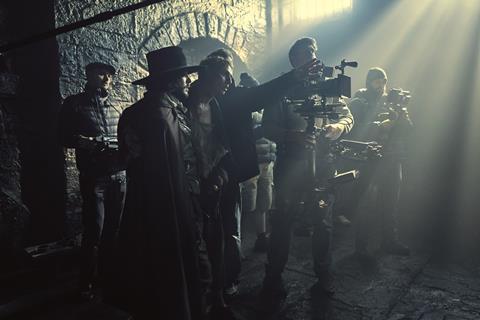 As well as a strong script and established star, on our side was that Kit had a very specific window in early 2017 before he would go back to Game Of Thrones. A tight deadline always focuses the mind, and after confirming that we could deliver in time for Bonfire Night 2017, BBC1 greenlit three episodes.

Soon after, we hired veteran producer Laurie Borg, quickly followed by director J Blakeson, whose brilliant feature film The Disappearance Of Alice Creed displayed all the tension and meticulous attention to detail that this story required.

Cathy Payne at Endemol Shine International offered us the deficit financing we needed and we were set for a February 2017 shoot.

Having secured Peter Mullan, Mark Gatiss, Liv Tyler and Tom Cullen, we quickly assembled a topnotch ensemble cast, all of whom responded to Ronan’s scripts and miraculously had schedules that were just about compatible.

The next part was much more challenging. We had the biggest budget we’d ever had for a mini-series but recreating 17th century London is very expensive and complicated (thank the Great Fire of London for that).

Add to that a major set-piece in every episode, including an escape from The Tower of London, as well as horses, muskets, swords, authentic period costumes and hair and make-up for more than 50 speaking roles and many, many extras, not to mention significant VFX and SFX work… Suddenly the money didn’t seem to be going very far at all.

With the help of a tenacious director and some ingenious thinking by our production designer Grant Montgomery, we set up at a disused mill in Keighley, Yorkshire.

MY TRICKS OF THE TRADE
Ollie Madden 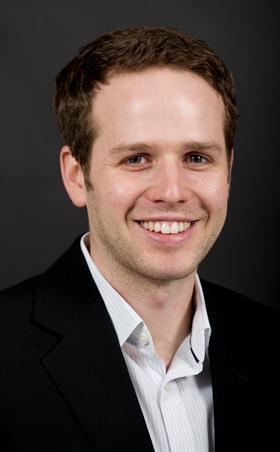 There we could build our standing sets and still be in easy reach of all the stately homes, manor houses and abbeys for our location work. The schedule was brutal and borderline unrealistic on certain days, but we fi nally had a budget that worked and a viable plan for shooting.

We wrapped the eight-week shoot in mid-April, happy with what we’d shot but relieved to be packing up a muddy and by then well-worn London set.

Making drama is never easy, and we tested a few people’s patience during that freezing cold shoot in four inches of man-made mud in a Yorkshire mill.

However, I know I speak for everyone involved when I say that we’re incredibly proud of this show, and are immensely excited for audiences in the UK and around the world to see it. 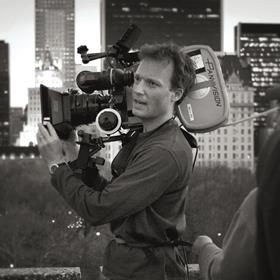 I had worked with J Blakeson on his debut feature and we share similar tastes and aesthetics for composition and lighting.

We talked early on about the style and look for the show, and about the bold and expressive lighting of film noir. I was keen to use single-source lighting as much as possible and found inspiration in paintings of the time: the high contrast and deep shadows of Caravaggio, and Vermeer’s soft window light that falls into wood-panelled interiors.

The potential for doing something visually strong was exciting and felt necessary for this story. The screenplay read like a topical thriller about a group of desperate men plotting a violent attack on a big scale. 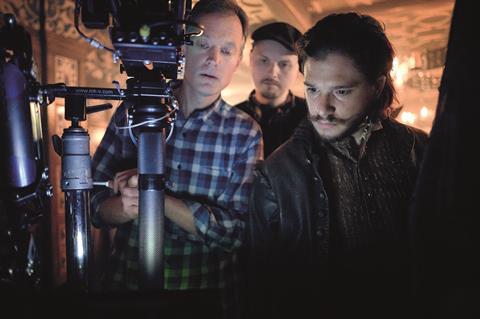 We were keen not to beautify and romanticise the story, and wanted to create above all a dramatic atmosphere for the often clandestine settings in which it takes place.

On a technical level, I knew we were going to deal with candles and very low light levels at times, and we tested a number of camera systems, including the impressive 5000 ASA Panasonic Varicam, as well as 16mm film.

I was interested to see if a film grain would introduce a texture and grit that felt right for the period. However, it worked against the opulence of the royal world that we wanted to show in all its splendour, and technically it is prone to causing issues with compression when viewing programmes on iPlayer.

I settled on Arri Alexa cameras with Master Prime lenses, creating sharp images with a dramatic focus fall-off at wide apertures, and using no diffusion other than SFX smoke and atmos.

Working with a top-drawer local camera and lighting crew from Yorkshire was an absolute delight. There was a brilliant atmosphere on set, and a sense that what we were working on was a very special project that all departments would take pride in.