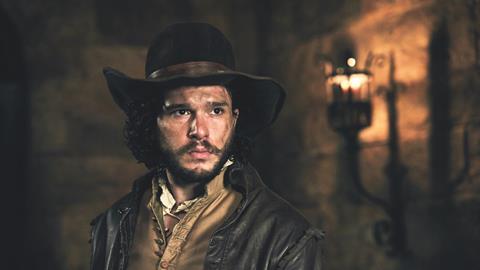 Billed by the BBC as “unmissable event television”, Gunpowder looks at the people, passion and politics behind one of British history’s best-known stories: the Gunpowder Plot of 1605.

The three-part drama, written by Top Boy’s Ronan Bennett, stars Game Of Thrones’ Kit Harington as his maternal ancestor Robert Catesby, the relatively unknown mastermind behind the failed Catholic plot to blow up the Houses of Parliament and kill King James I.

The drama was developed by Bennett, Harington and his drama school friend Daniel West, and is produced by Broadchurch indie Kudos in association with Harington’s Thriker Films.

Opposite Harington, Liv Tyler makes her British TV debut as Catesby’s cousin Anne Vaux, who fears the plot will not help their religious cause.

“Kit is well-known from Game Of Thrones and people will be looking forward to what he’s doing next,” she adds.

”A lot of people don’t understand that it wasn’t Guy Fawkes. It’s a story that we know a little bit about but not all of it”
Diederick Santer, Kudos

Kudos executive producer Ollie Madden says the production team snared all of their “first casting choices”. Tyler approached Kudos after hearing about the project while in London. “We were huge fans and the role fitted her perfectly,” he adds.

The drama will reveal the true story of the Gunpowder Plot and the contributions of Fawkes and Catesby. “A lot of people don’t understand that it wasn’t Guy Fawkes,” says Kudos chief executive Diederick Santer. “It’s a story that we know a little bit about, but not all of it.”

International interest has already been strong ahead of the show’s Saturday night launch on BBC1 next month.

Payne says: “A number of territories have made offers but we’re waiting at the moment – it’s going out around Bonfire Night, which is not a particularly important time for any other territory outside of the UK.”

Endemol Shine International will be distributing a number of other dramas at Mipcom, including Sky 1’s Bounty Hunters, Australian drama Wake In Fright and BBC2’s The Boy With The Topknot.