2
Observations from a PM who struggles with freelancer culture
Broadcasters

Observations from a PM who struggles with freelancer culture 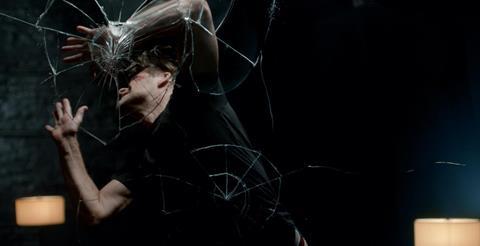 With freelancing, it’s very much feast or famine which means you have to ride a rollercoaster of emotions. Right now, I am at home between roles, exhausted by having no purpose in life.

However, I know when work finally comes it will be an intense baptism of fire — budgets have been slashed, programmes are confirmed later and later, there’s never enough time to bed in with the team, before you’re in the thick of it.

The Film and TV Charity report says that 87% of respondents have struggled with their mental health and I’m not surprised at all. I think a lot of it stems from the fact that the production side of the industry is short-term, inconsistent work with a lot of change of personnel.

I’ve been freelancing for 15 years now, imagine constantly having that bewildered first-day-of-work feeling, not knowing anyone, not knowing where anything is. Then once you have settled in, the project ends and its time move on to a new role, in a new company with different people. Imagine always being on the hunt for a job.

The key is to return to the show ‘next year’ but, as we all know, in TV sometimes ‘next year’ never comes.

The precarity means people don’t show their real selves, all one wants to do is be invited back, stabilise the ebb and flow. So, we put our best front on show, we don’t talk to anyone about our feelings because we don’t want to appear incompetent.

Many people don’t even speak to their peers about their concerns— freelancers feel as though they are in competition with each other, which does not create an environment conducive to positive team-work.

During the onboarding process at some broadcasters, you’re asked to declare any physical or mental health difficulties. I pondered it for a while, thinking if I were to disclose my challenges, it could mitigate circumstances further down the line, however I asked a colleague for advice and he told me not to say anything.

Management are often ill-equipped to deal with disclosures. On one job a couple of years ago, we were up against it and the executive producer was really struggling, as a result a lot of responsibility fell to me. I got overwhelmed and I went to the head of production and told him what was going on, he responded: “A good Production Manager is like a swan - you have to be calm on the surface and paddling furiously underneath.”

In other words, don’t vocalise any stress! I spoke to my peers about it, and they’d all been given the same spiel. It’s laughable really.

I have struggled with anxiety and depression since I was 12 years old and when I was in my thirties, I had a full-on breakdown. I had a stressful full-time job, I was buying a home and going through a break-up. I felt suicidal, although I’ve never actually tried to take my own life, but I can often feel like that.

I’m a bit like a clockwork mouse – I run around like a mad thing and progressively get slower and slower until I can’t get out of bed. And, in truth, I am going through that right now.

When I’m not working, I find it hard to get up and do things. I think maybe freelancing isn’t for me, but it’s hard to find a full-time job in television production these days. I never feel quite stable.

There’s very little people management training when you’re freelance and hardly ever any feedback. The phrase ’you’re only as good as your last job’ rings in my ears. That’s so true. A lot of anxiety is about not being good enough and feeling as if you can’t do it.

When people come to me and they are stressed, I try and give them positive reinforcement, tell them that they can do it. We need more of that instead of just sending someone home on stress leave or worse not discussing it and then not employing them again.

As a manager myself, I have had no training in how to deal with people – although I’ve done a lot of personal development in my spare time – but professional training needs to become more pervasive.

All levels of staff need more practical training to give them tools to cope and how to relate to each other under pressure. Fundamentally I think it’s about giving people time and stability in their roles.

I constantly ask myself why am I still working in this field? But I love it, when it goes well. Now that I’m not working, those doubts are creeping in again. I have retrained and tried to do other things in the past, but I always end up coming back to TV production as that’s what I’m qualified to do.

I know loads of people who asks themselves whether this industry is for them – and they have all different personality types – it’s indicative that there is a wider problem within the industry rather than within us.

The author of this article is a freelance production manager