It will be sad to say goodbye to the Child in Our Time cohort. 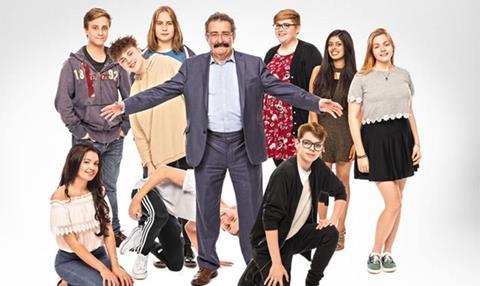 Child of Our Time, BBC1

With 25 children to revisit in just two episodes, this series opener was a whistlestop tour through teenage growing pains. There was little chance to delve deeper into the teenagers’ individual lives – which has always been a treat in series gone by. It will be sad to say goodbye to the Child in Our Time cohort.
Daisy Wyatt, The i

Child of Our Time is excellent television. Because of the scale and the ambition of the project. Because Robert Winston and now child psychologist Tanya Byron make it brainy, literally; the science is really interesting.
Sam Wollaston, The Guardian

Nature versus nurture? The whole thing remains an inextricable tangle. So far all I’m concluding is a) these likeable lab rats seem impressively sorted, whatever their backstory, and b) it’s guilty fun seeing how the parents have aged.
James Jackson, The Times

What emerged most strongly from this edition is that, despite having to contend with the twin pressures of raging hormones and rampant technology, today’s teenagers seem to be, in the main, more thoughtful, mature and self-assured than previous generations at a similar age.
Gerard O’Donovan, Daily Telegraph

Just as Broadchurch was in danger of becoming a simplistic sift through shifty suspects, along comes a shock to mark it out as uncommonly bleak and moving. I can’t think of another British whodunnit so full of broken characters.
James Jackson, The Times

For a show that finds deep emotion in the mundane, this was irritating and silly. No more dream sequences, please.
Christopher Stevens, Daily Mail

The flashback scenes with Mark Latimer and Joe Miller were wonderfully acted but pointless in terms of moving things on.
Viv Groskop, The Guardian

The second episode was magnificently, lip-smackingly awful. Harlots is more embarrassing than naked karaoke, and tackier than superglue on a toilet seat.
Christopher Stevens, Daily Mail

Just when The Nightly Show couldn’t scrape the barrel any louder, we were treated to the deeply unsavoury sight of squeaky-voiced “comedian” Joe Pasquale getting his nipple pierced live on-air.
Michael Hogan, Daily Telegraph