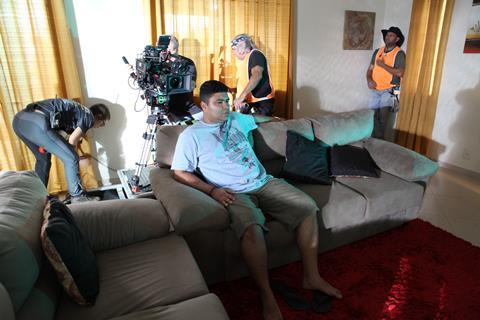 A last-minute update to HMRC guidance could be the final nail in the coffin for thousands of freelancers desperate for financial support as the government’s support scheme opens today.

Late on Friday afternoon, and following weeks of confusion, HMRC updated its eligibility guidelines for the Coronavirus Job Retention Scheme (JRS). The result appears to be bad news for freelancers whose contracts have recently concluded.

The JRS guidance to employers for freelancers on fixed-term contracts now states: “Where a fixed term employee’s contract ends because it is not extended or renewed before its natural conclusion, you will no longer be able to claim a grant for them once the contract ends.

“Fixed-term contracts which ended, without extension or renewal, on or before 19 March 2020 will not qualify for the grant once they have ended.”

Industry bodies such as Bectu and parent union Prospect reacted quickly over the weekend to urge chancellor Rishi Sunak to reverse the change with haste.

“The Treasury must engage with us to understand the implications of this latest update and to take on board the solutions that we’ve proposed,” said Bectu head Philippa Childs.

Just hours before the Friday update, Bectu and Pact had contacted the Treasury demanding clarity over this issue, which has caused immense confusion over the previous fortnight.

The move flies in the face of advice last week from HMRC’s Customer Service Support Twitter account, along with previous guidance updated on 4 April, which stated employers could agree to re-employ someone, extend a contract and place them on furlough if they had stopped working for them.

Indies had, however, held off on agreeing to re-hire then furlough freelancers prior to the 17 April update as they were unsure over eligibility. If found ineligible, they would have to cover the wages for each person’s furlough period.

The new guidance appears to now rule out the possibility of re-hiring these freelancers, although Broadcast understands there is still some ambiguity from employment lawyers regarding contracts that ended prior to the furlough period starting.

Directors UK chair Steve Smith, whose member base is almost exclusively freelance, described the situation as a “f***ing mess” on Twitter over the weekend.

“This crisis highlights the utter mess freelancers navigate when it comes to taxation,” he wrote. “Many are treated as freelance for employment status but PAYE for tax status yet get no security or employment benefits.”

An alarming industry survey released last week posited that half of TV’s freelance workforce could leave the industry within just two months if the current situation remain as is.

HMRC’s last-minute move does little to stem these fears.

Even though the JRS is now open, the guidance could still be updated and industry lobbying looks set to continue well into this week.

The JRS opened for applications this morning and employers can now apply to have staff and eligible freelancers on fixed-term contracts furloughed, which will hand them 80% of their monthly wage packet up to £2,500 per month.

Channel 4, Endemol Shine Group, STV and Lime Pictures are among those to have indicated to Broadcast that they will take advantage of the scheme.