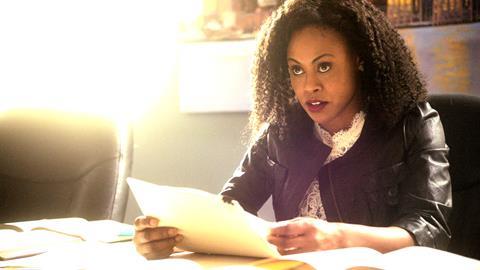 “It has that fundamental kick of a great story, not just from the lead but also from the ensemble”

Entertainment One’s latest story-of-the-week drama for the international market is Diggstown, a six-episode series set in the legal-aid industry in Halifax, Nova Scotia.

The unusual precinct is among the factors that sets the show apart from others on the market, says executive vice-president of television acquisitions Noel Hedges.

“We’re always on the lookout for story-of-the-week-style drama with an international perspective and that’s exactly what Diggstown is, but with a unique location and setting in a legal-aid office,” he adds.

Hedges says the city of Halifax offers the cityscapes common to many procedural shows but with open spaces and coastlines.

Themes of privilege – or lack thereof – and those “beaten up by the system” are central to the work of central character Marcie Diggs, who is played by Canadian actor Vinessa Antoine (Being Erica, General Hospital). Antoine is also notable as the first black female lead on a Canadian show.

Diggs has given up a high-powered law job after the suicide of her aunt following a malicious prosecution, with the motivation to stop the legal system destroying innocent lives.

“She is an ex-corporate lawyer who also feels the pull back into that world,” says Hedges. “That makes for a very interesting, individual and opinionated heroine, and Vinessa is a really marketable female lead.”

Each episode tackles a different issue, with B and C stories based around supporting characters.

“It has that fundamental kick of a great story, not just from the lead but also from the ensemble,” says Hedges.

Over recent years, buyers have often decried a lack of strong, long-running procedurals. Hedges says the involvement of Canadian public service broadcaster CBC, which has thrown its weight behind the show, should offer reassurance over its quality.

The fact that it is 6 x 60 minutes points to CBC’s keenness to get the series, which debuts next year, quickly into production, he adds. “Six-episode acquisitions are common to most broadcasters.”

Entertainment One will be heading to Cannes with a “first glimpse” of the show, hoping to drum up interest from international buyers.