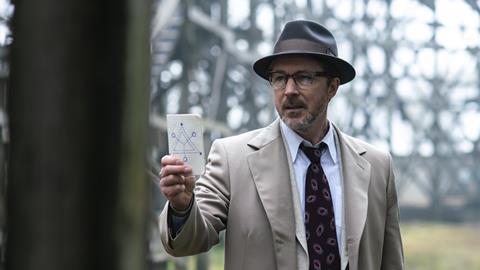 “It is a combination of creative intent, action and suspense, with strong male and female characters”

One of the few topics that is pretty much guaranteed to immediately command the attention of significant audience is aliens and their transport of choice, the UFO.

The possibility of alien life lies at the core of A+E Networks International’s Project Blue Book, the studio’s new scripted series about the US Air Force’s 1952-1970 investigation into the UFO phenomenon.

In a world obsessed with fakery and authenticity, the fact that the series’ stories are inspired by true covert events and real, declassified US Air Force reports is a clear plus.

“In the lead-up to the launch, we’ve been doing lots of screenings and follow-up interviews because we need to know how the show makes viewers feel. One of the best quotes so far was: ‘It made me wonder about the mysteries of life’, which I think sums up the root of the appeal of UFOs and aliens.”

After two years of development, Jossen believes that Project Blue Book will be a major mainstream success. “Of course, we hope that it’ll be the most-watched show in US TV history,” he jokes. “But it is what I would term a ‘four-quadrant show’.

By that I mean it appeals to the young, to adults and to men and women as well.

“It is a wonderful combination of creative intent, action and suspense, with strong male and female characters, plus healthy doses of fun and wonder. It has edge and sophistication as well, so if you like watching TV, you’ll love this show.”

Surprisingly, given how the topic resonates with viewers, it doesn’t currently have any competition. “There is nothing else like Project Blue Book on TV right now,” 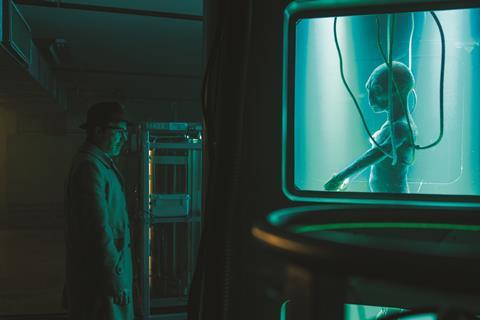 Jossen says. “Quite apart from the appeal of the subject matter, there is also the fact that lots of the incidents documented in the Air Force files were never solved or satisfactorily explained.

“For example, there were reports of UFOs near the White House and various Washington monuments in July 1952. There were photos on the cover of the Washington Post and other newspapers, who were reporting multiple, credible sightings by civilian and military radar operators and pilots.

“There were so many reports that a special intelligence unit of the US Air Force was brought in to investigate them, which was the start of the actual Project Blue Book. The Air Force’s bland official explanation then fuelled some of the earliest conspiracy theories about a government plot to hide evidence of alien life.”

The series’ dedicated website features the original stories from the declassified files. “The fact that the series is based on real stories creates opportunities, both within and alongside the broadcast show,” says Jossen.

The series stars Aidan Gillen (Game Of Thrones) as UFO researcher Dr J Allen Hynek, along with Michael Malarkey (The Vampire Diaries) as Captain Michael Quinn and Laura Mennell (The Man In The High Castle) as Mimi Hynek.

“We were looking for people able to execute at the highest level who could also be creative, because the bar in TV is so very high these days that you have to be brave and tenacious in order to deliver an optimal viewing experience,” says Jossen.